Working together with friend and Hitchhiker Brewing Co. owner Gary Olden and his team, we collaborated on some brand development to help them take their delicious beer mobile.

A mobile taproom concept built around an imported vintage 1977 Citroën H Van, Gary and his team envisioned this “beer truck” to be an extension of their physical locations. The goal was to carve out a brand with its own unique personality, but tied directly to the parent Hitchhiker identity, giving visitors a familiar feeling when they visit. Stepping up to the bartop of the slate grey historic vehicle, complete with retro-fitted bistro lights, wooden shelves and industrial iron accents feels very much like sitting in one of their taprooms in Mt. Lebanon or Sharpsburg.

“You’re only on the planet once – do something kinda cool.”
— GARY OLDEN

Once a vehicle licensed by the French government for military use, The Nomad is now hitting the streets of Pittsburgh – pouring four different beers on draft, selling cans to-go and will be available for events. The truck, along with the Hitchhiker beer tent and other off-premises service, is now a distinct part of their offering and can be found on it’s own calendar – under the “Wander with Us,” umbrella. Be sure to catch it, if you can! 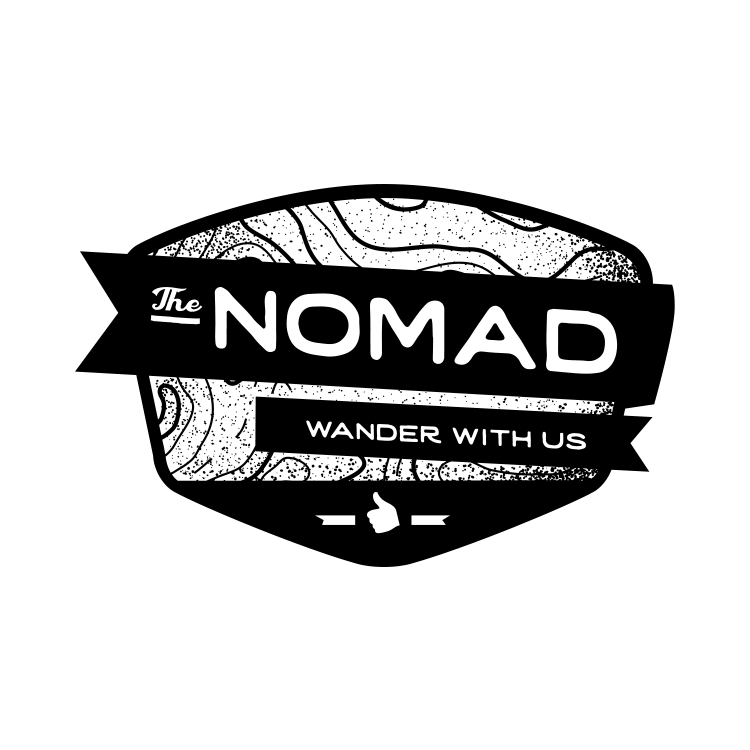 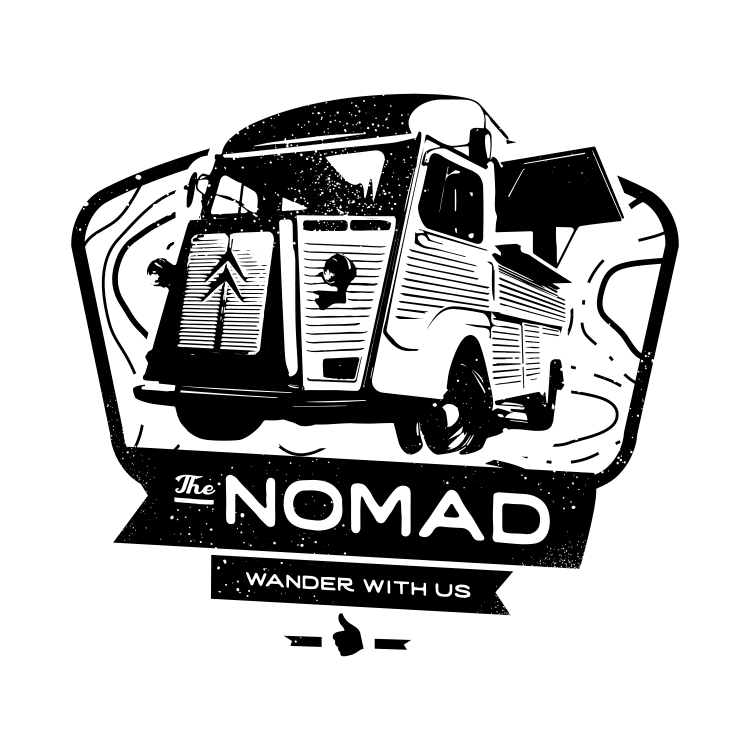 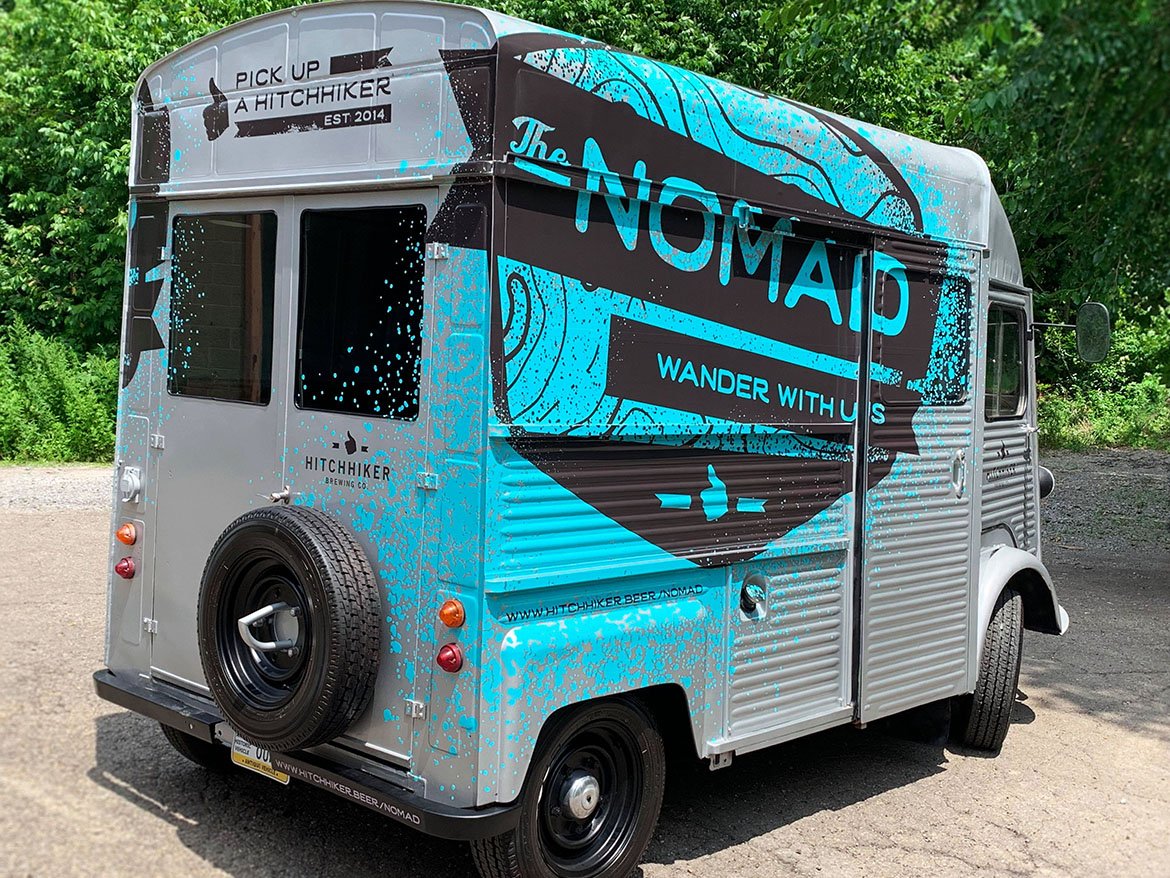 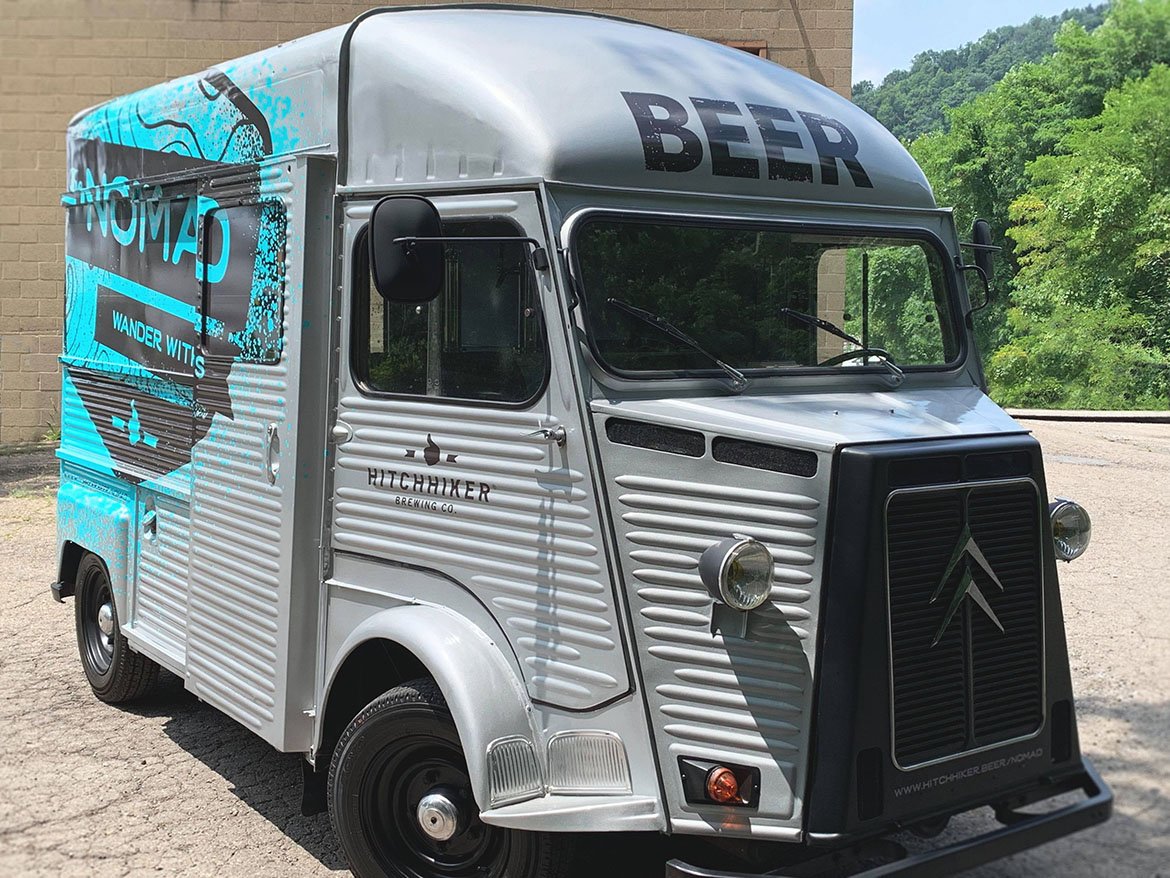 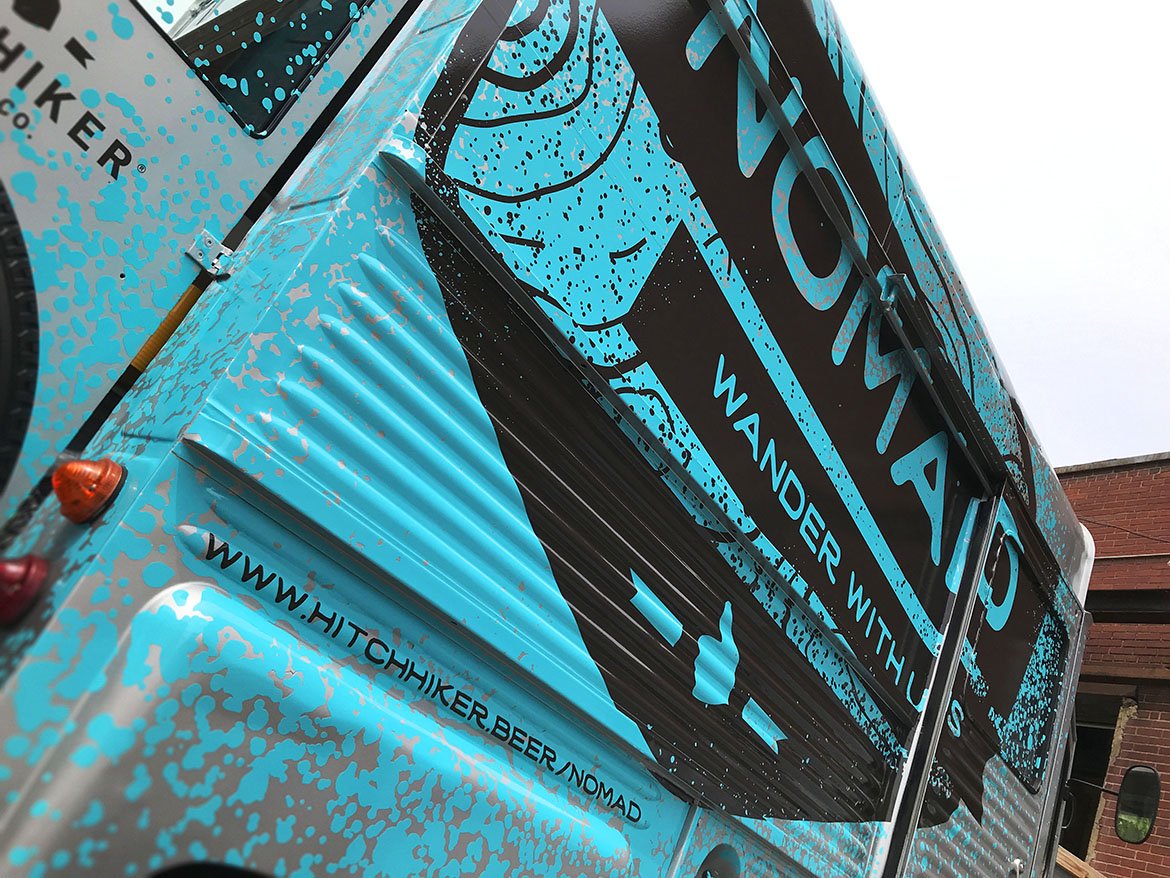 All graphics were installed by Excel Signworks. 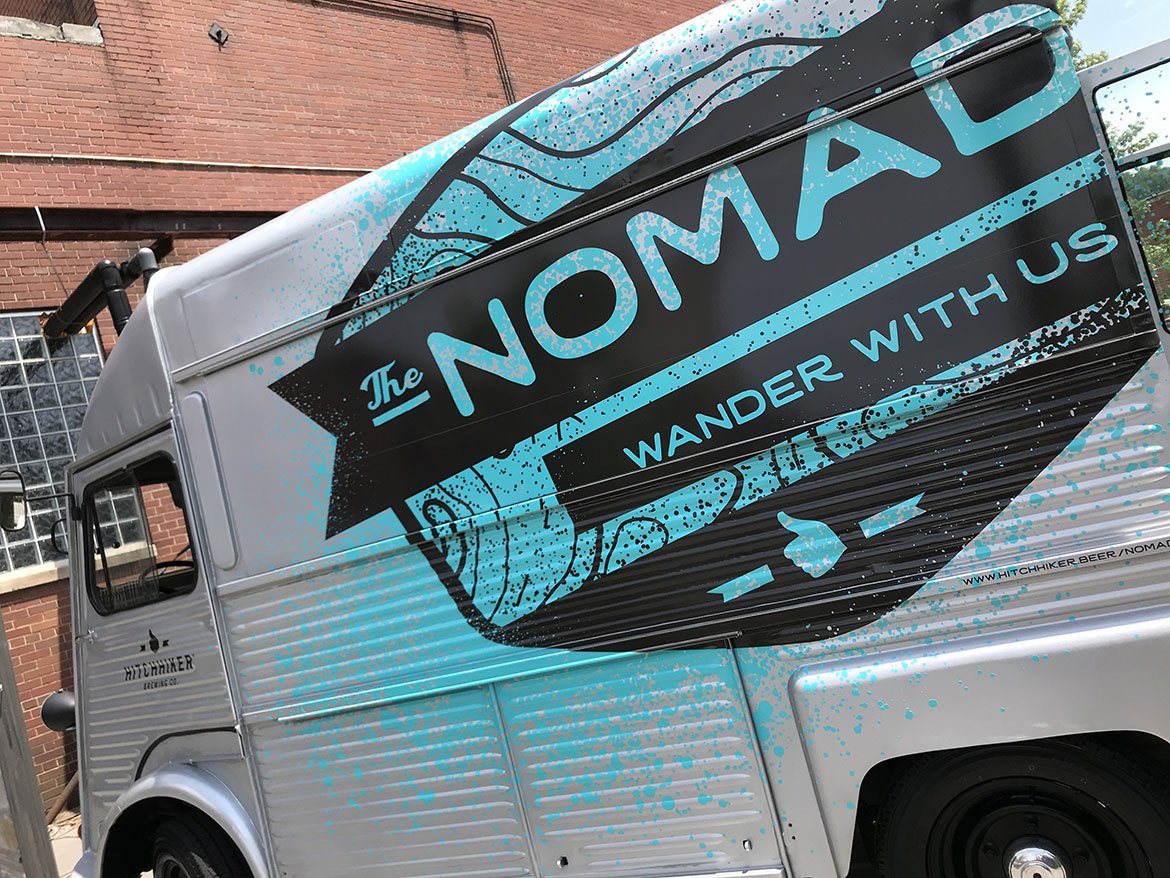 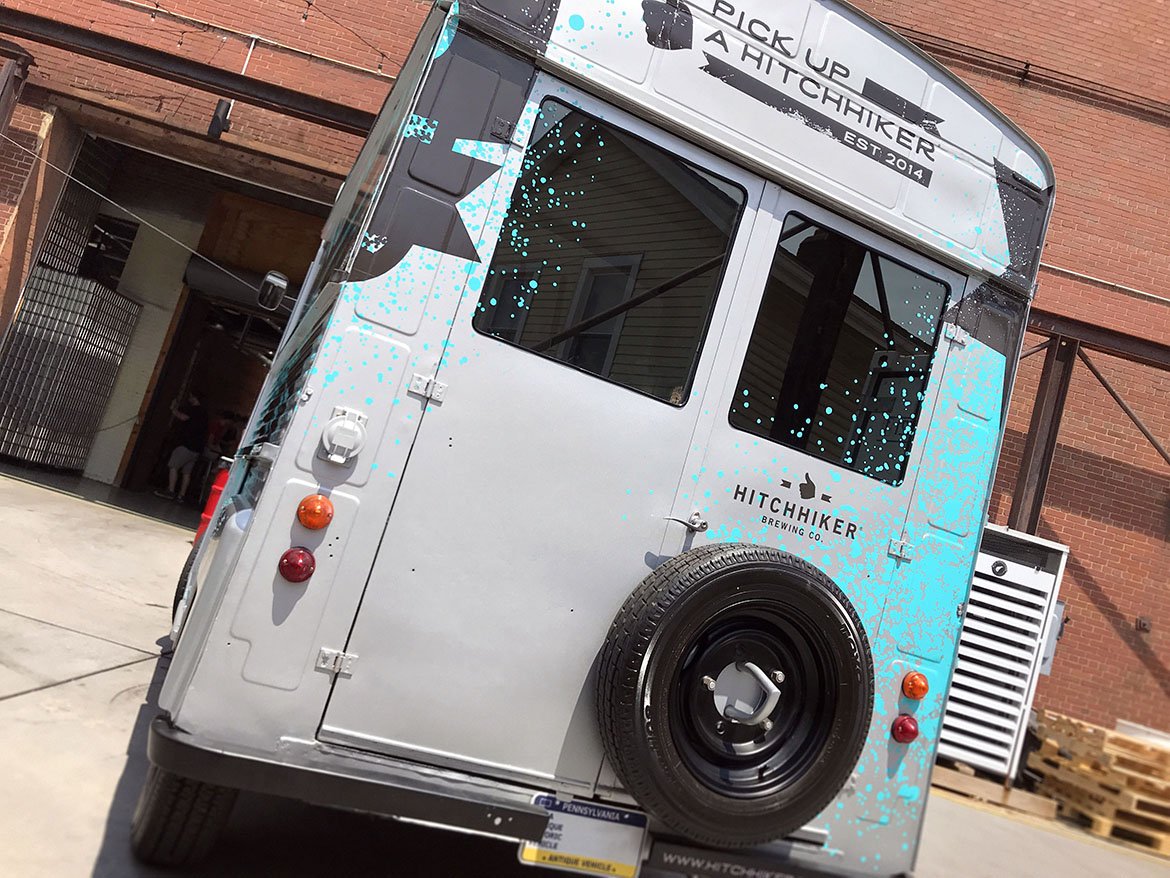 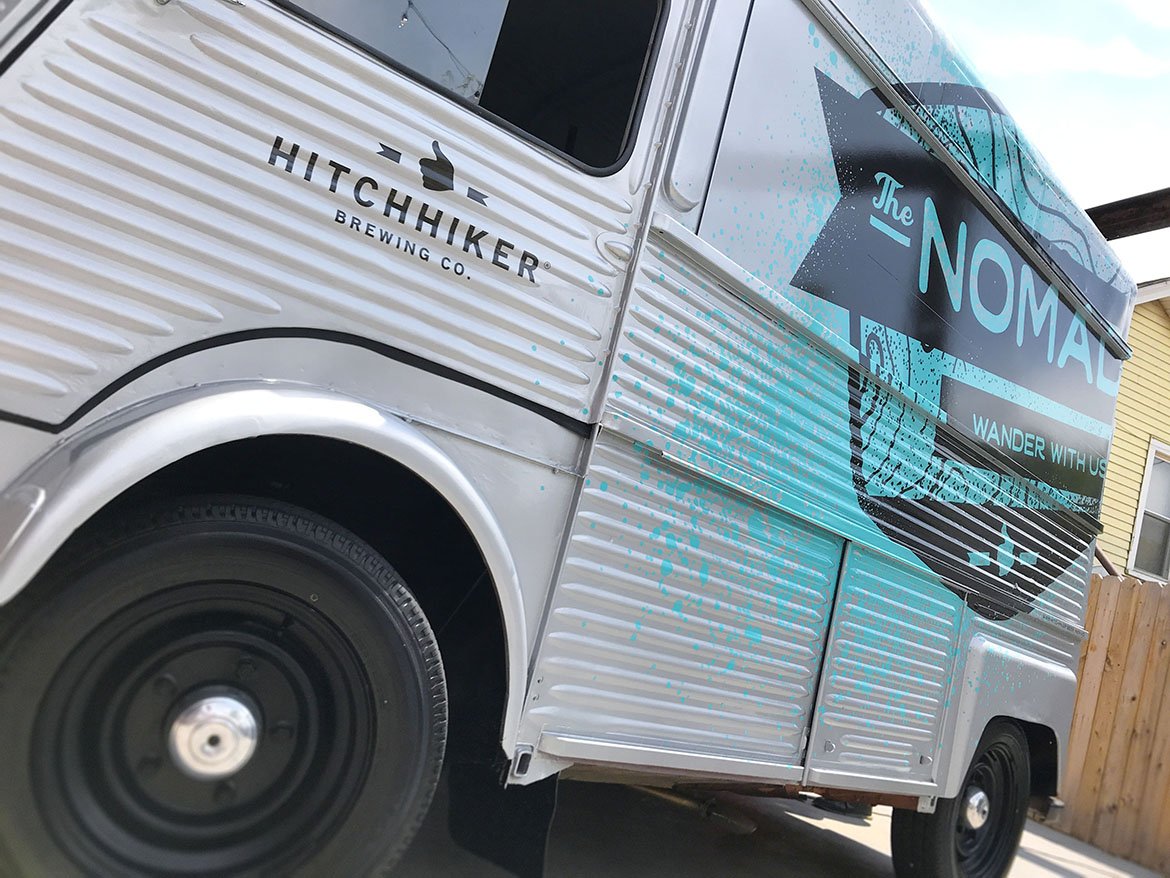 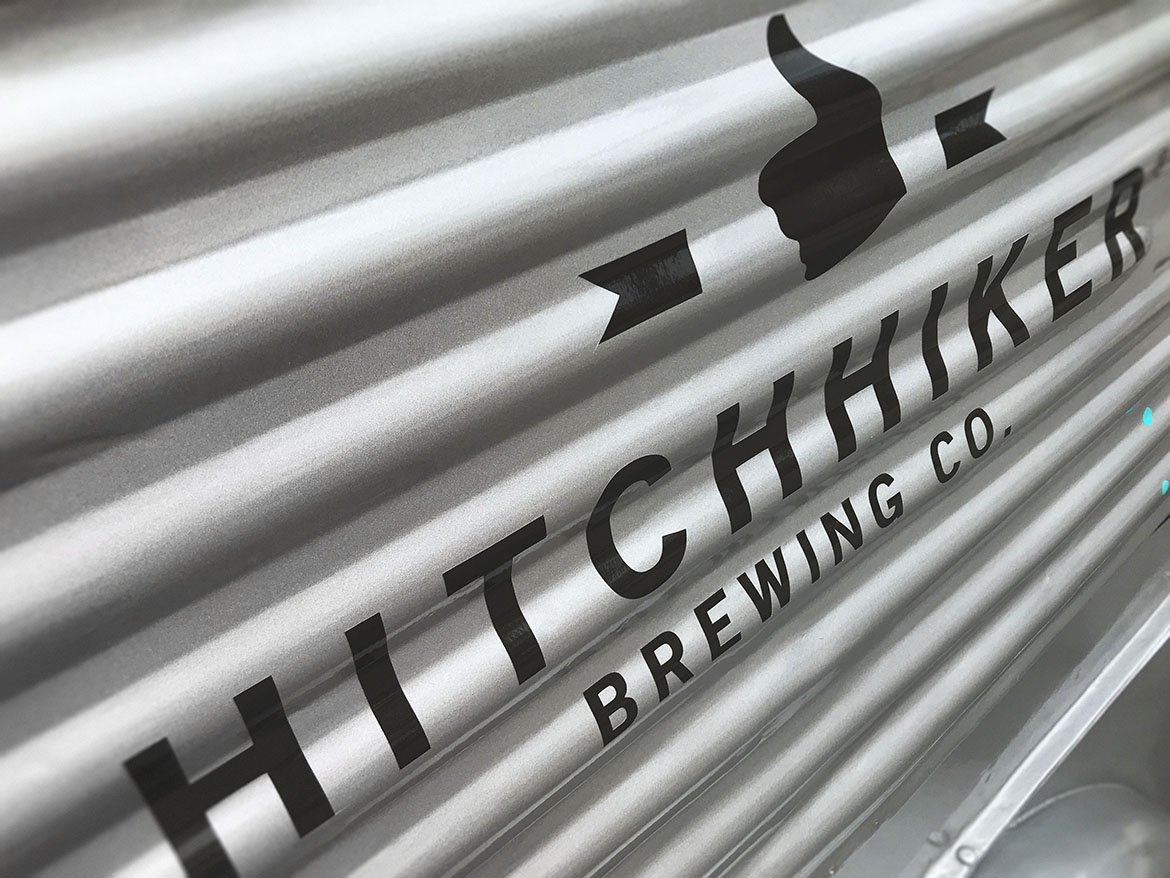 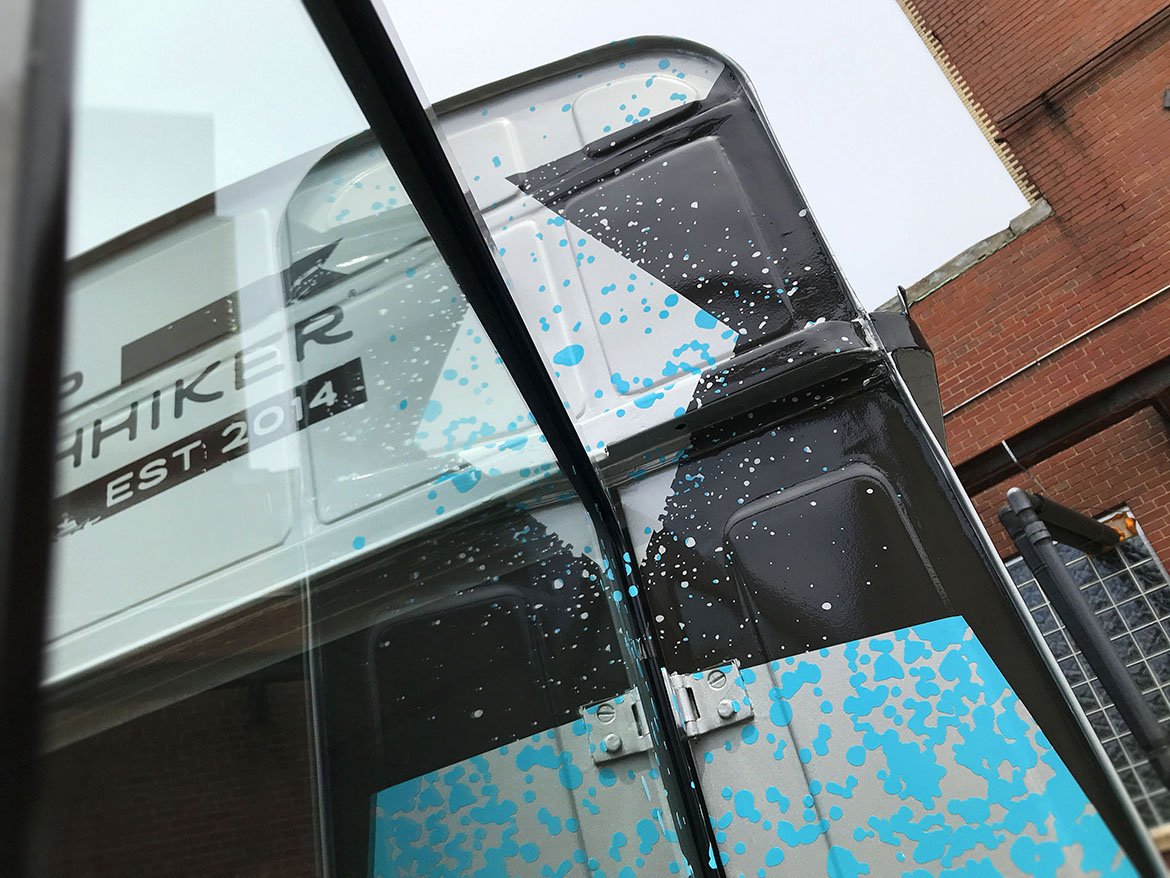 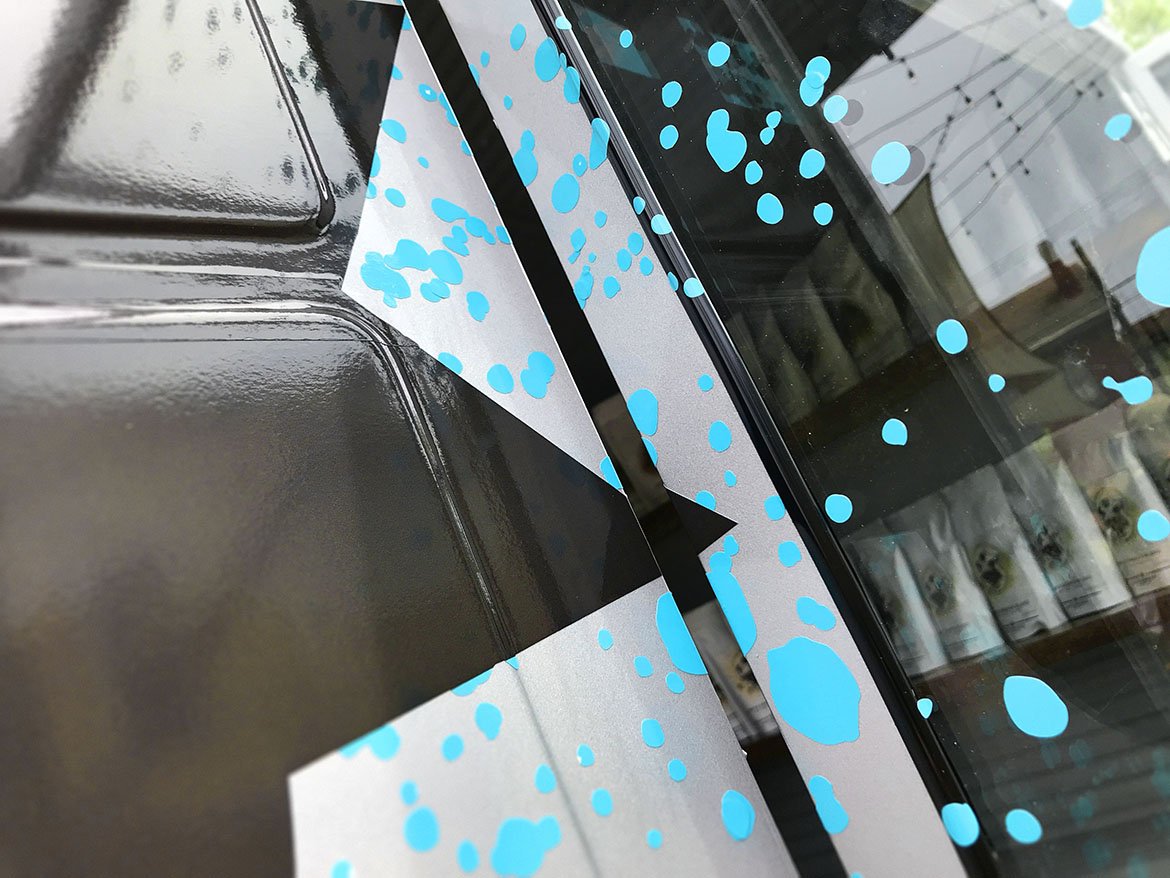 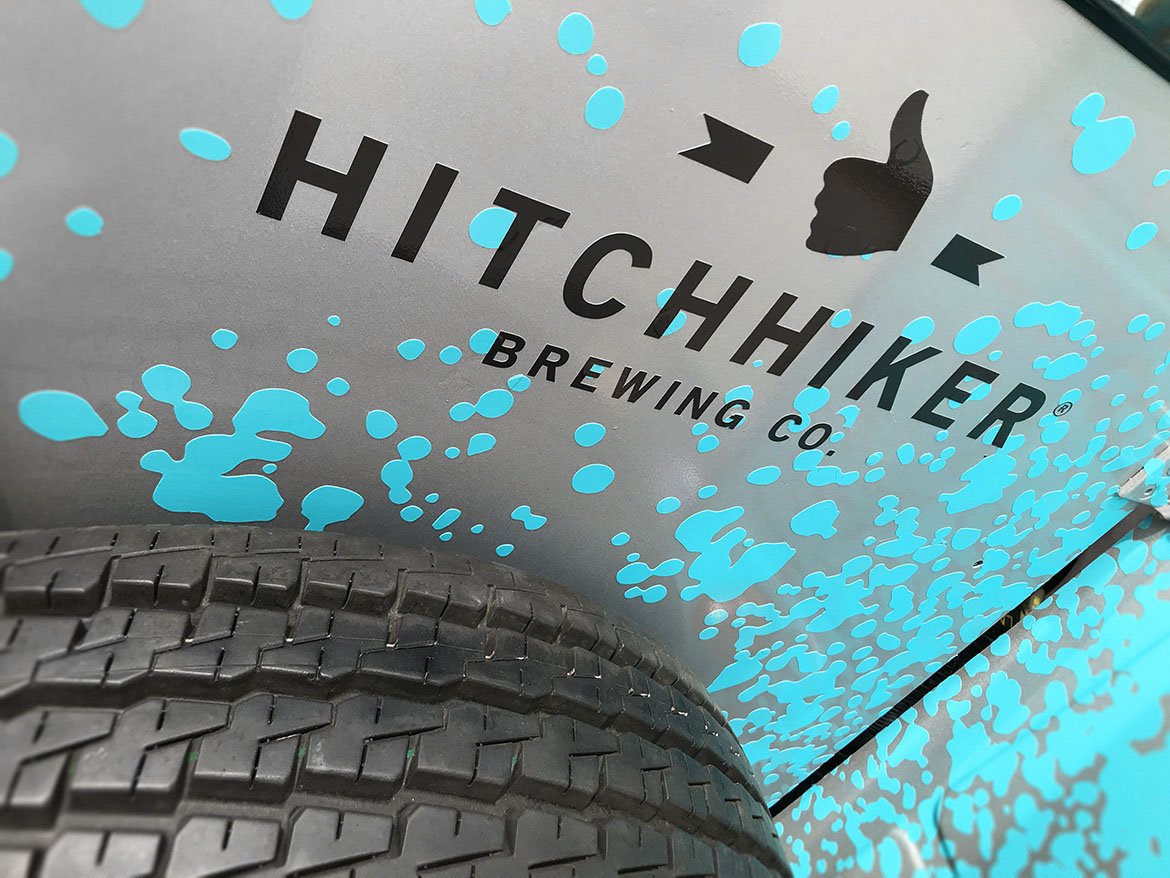 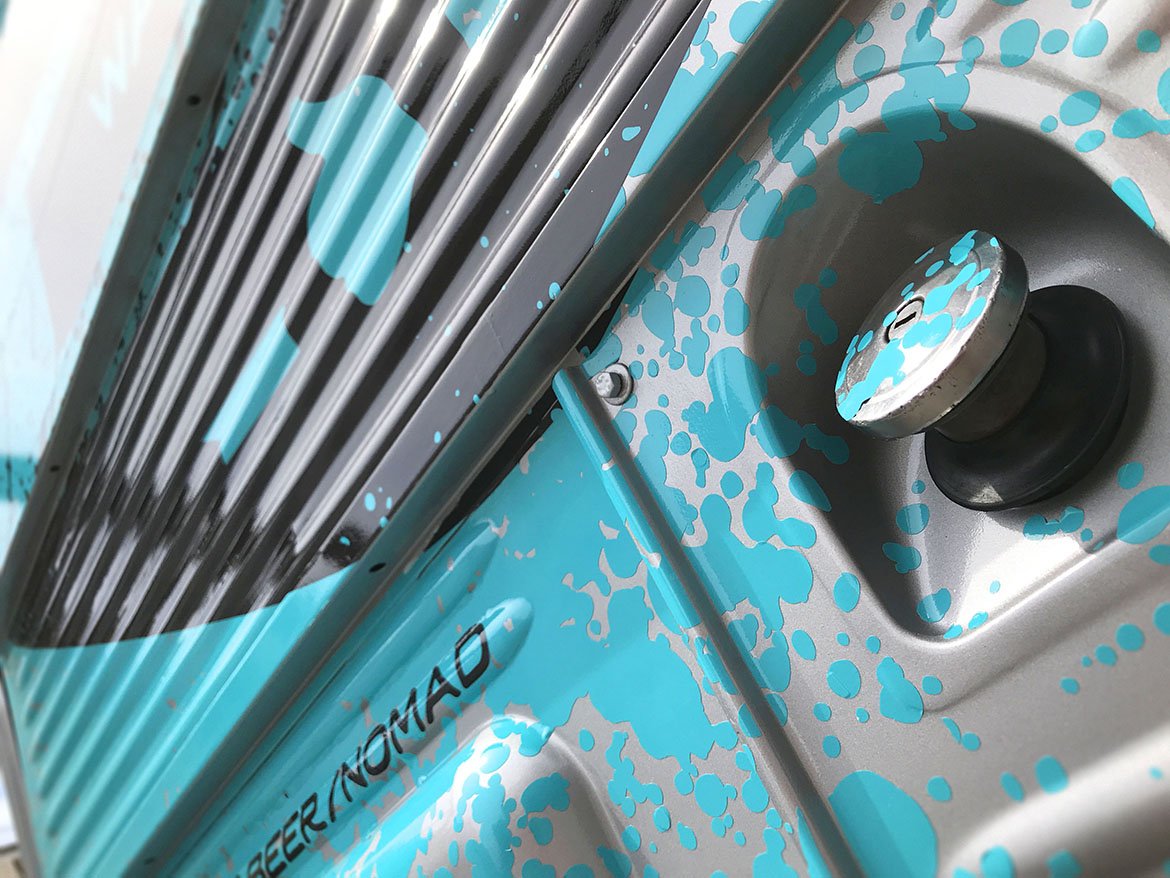 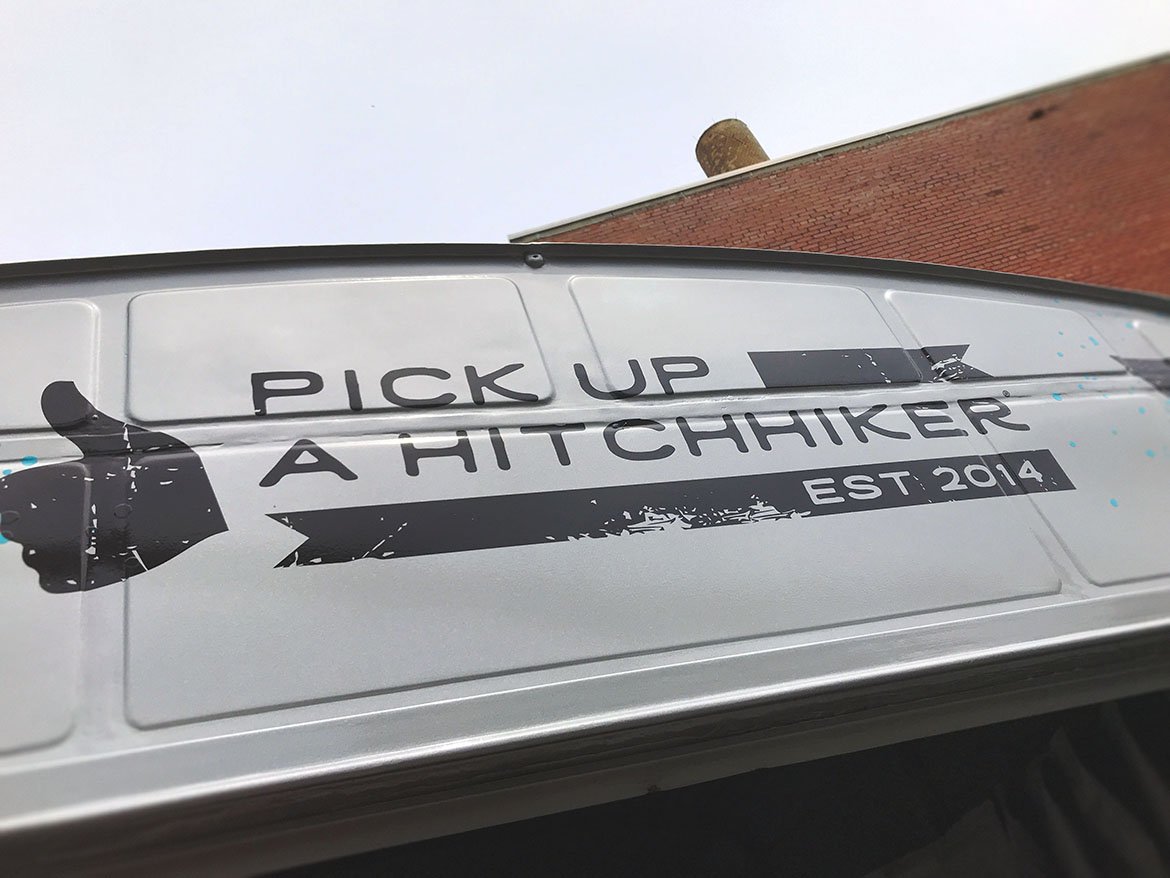 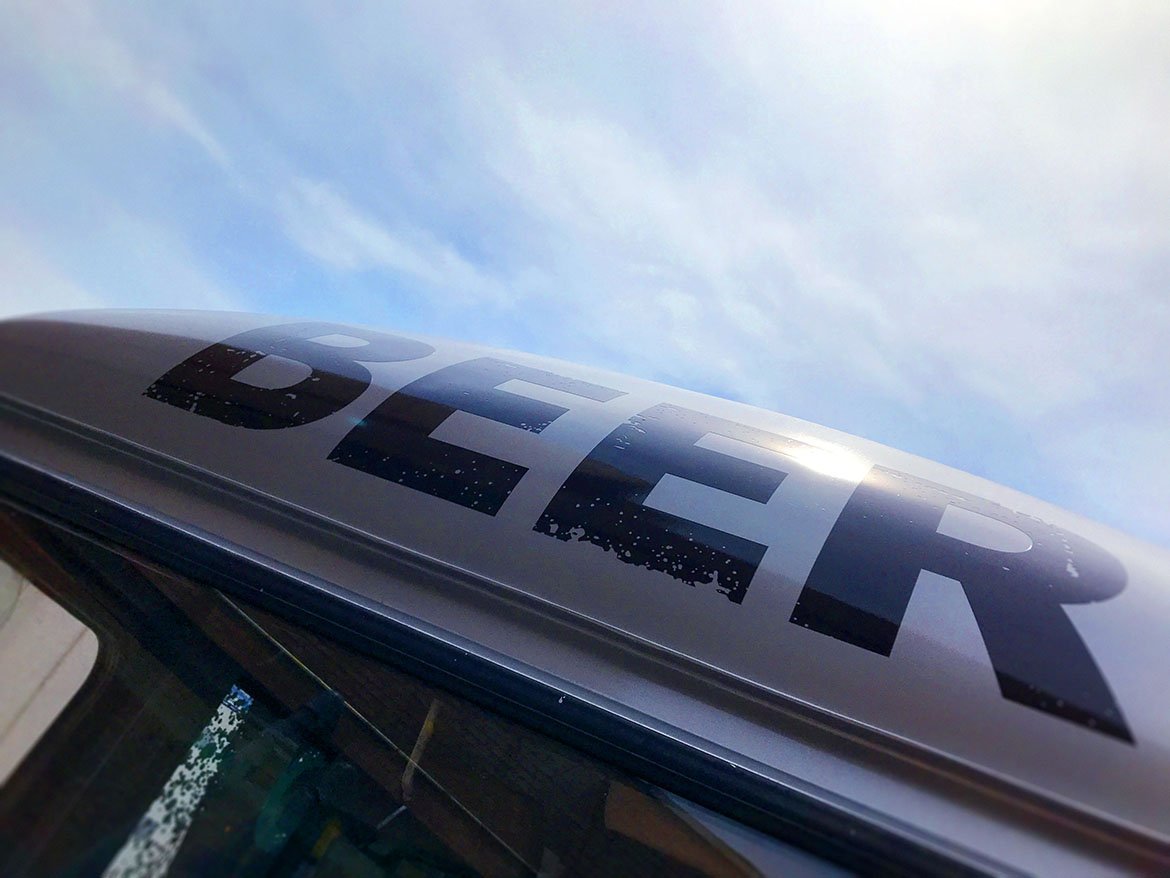 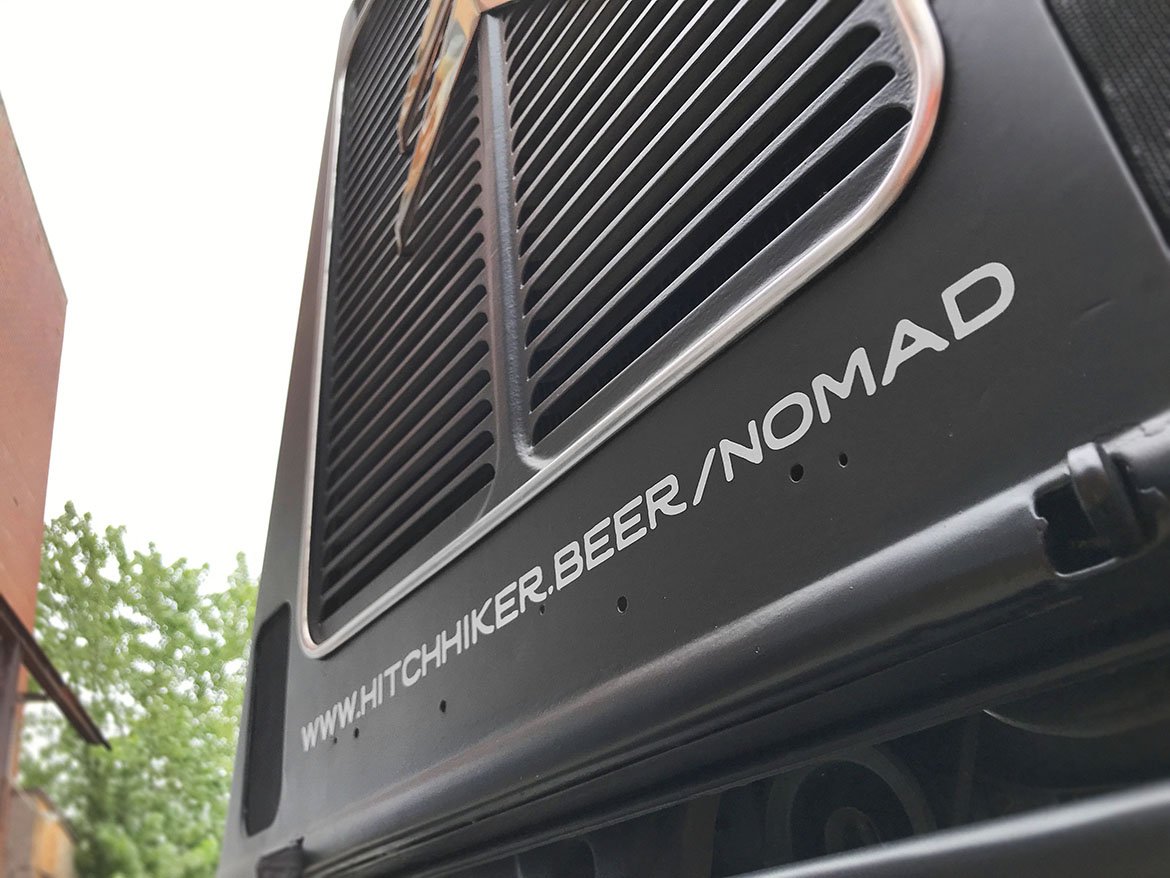 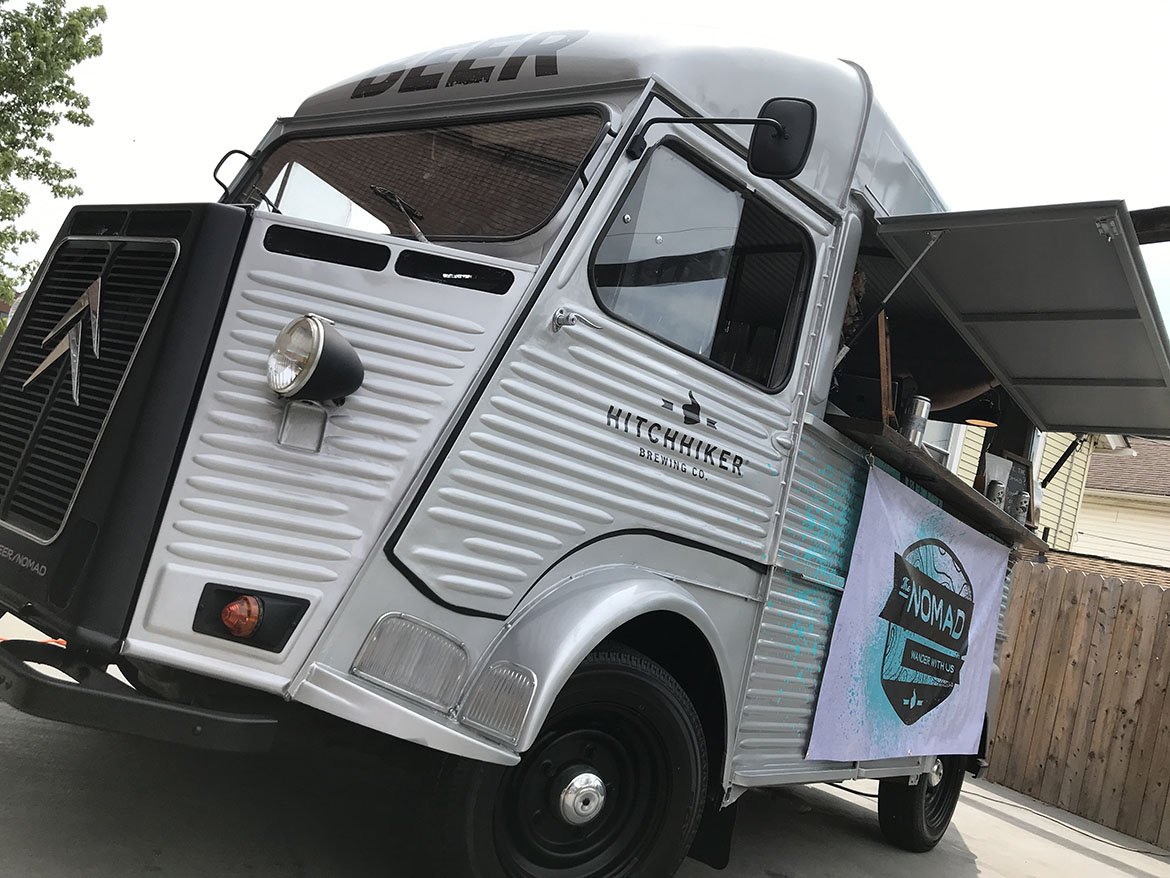 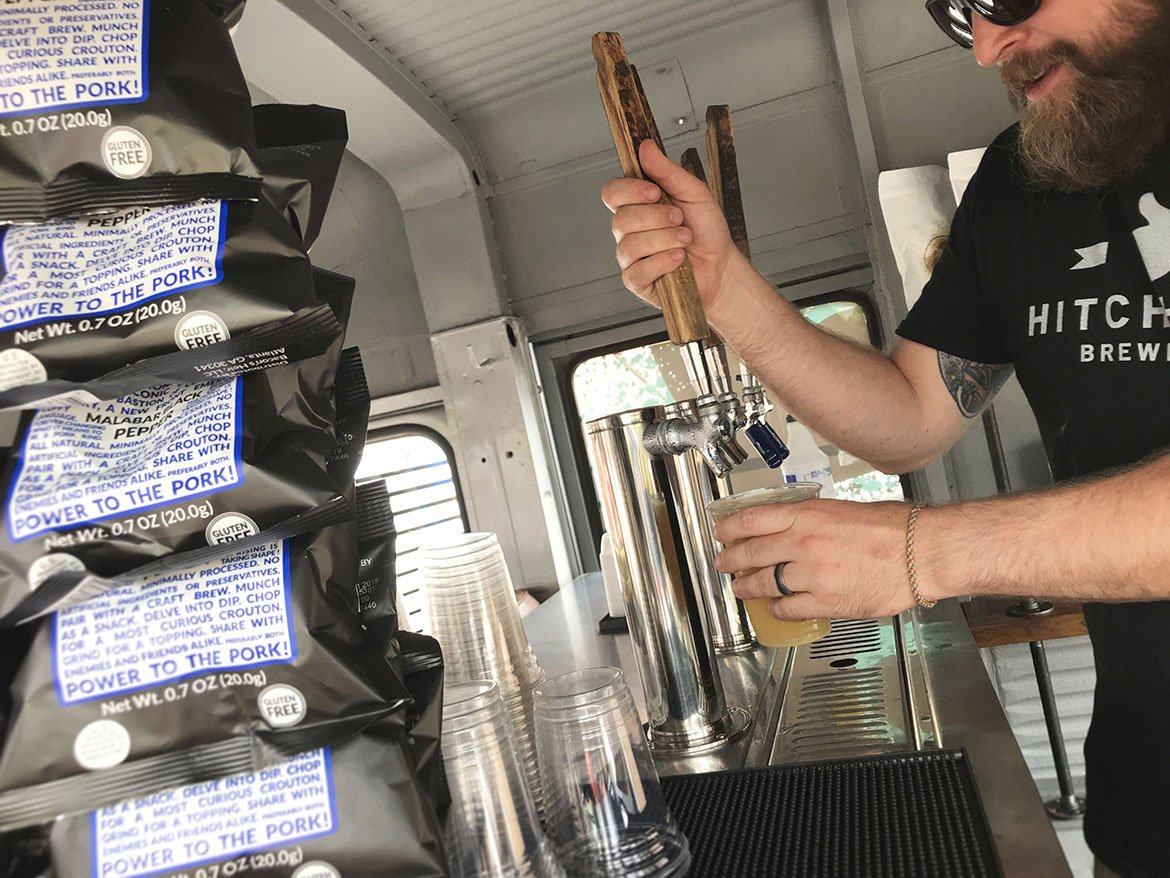