When working on artwork for musical artists, I always consider the visual work to be an extension of the music – that the project as a whole encompasses both the music and visuals as a singular piece of art. It’s the only way I can approach these projects, and I believe the artist’s hard work and vision for their music deserves that kind of attention.

Every once in a while, a special project comes along. Sometimes that project is for someone special or close to me. Sometimes it’s simply an exciting opportunity to do something new or to try something I haven’t before. It’s even more special, however, when it’s all of those things at once.

I am truly grateful to count composers, synthesists and soundscape sculptors Howard Givens and Craig Padilla among my friends. Since we’re both part of Spotted Peccary team, I collaborate with Howard on almost every Spotted Peccary release I work on. Besides being one of the mastering magicians behind the “Spotted Peccary sound” listeners know and love, Howard also masters nearly all of musical output for ambient pioneer Steve Roach. And, despite only having met in person a single time, Craig Padilla and I have known each other for nearly 16 years since welcoming him as one of the first artists on the former Lotuspike label. Howard and Craig are, in my opinion, some of the most prolific, creatively diverse composers and ambient music explorers you’ll ever find – and are also some of the finest people on the planet.

The Bodhi Mantra is special for many reasons – for Howard and Craig it was an awakening:

“Howard and I continue to grow as a musical duo every time we create music, both solo and as a duo. This new album evolved from our personal journey of music, which is based on our appreciation of the way we have been experiencing the perception of consciousness…”

For me, personally, it was further education in the way music can affect state of mind and mood – inviting the listener to quiet their thoughts and listen more deeply. This project was also a milestone for me as the first time creating visuals for vinyl – a larger canvas for making a much larger statement. It was also a wonderful reconnection to the ritual of putting a record on a player and interacting with it in an even more meaningful way than when I was a teenager!

Working with Howard and Craig on their third collaboration (following Life Flows Water and Being of Light), The Bodhi Mantra included art for 140 gram 12″ vinyl LP, insert, digital booklet, as well as other video and digital elements. 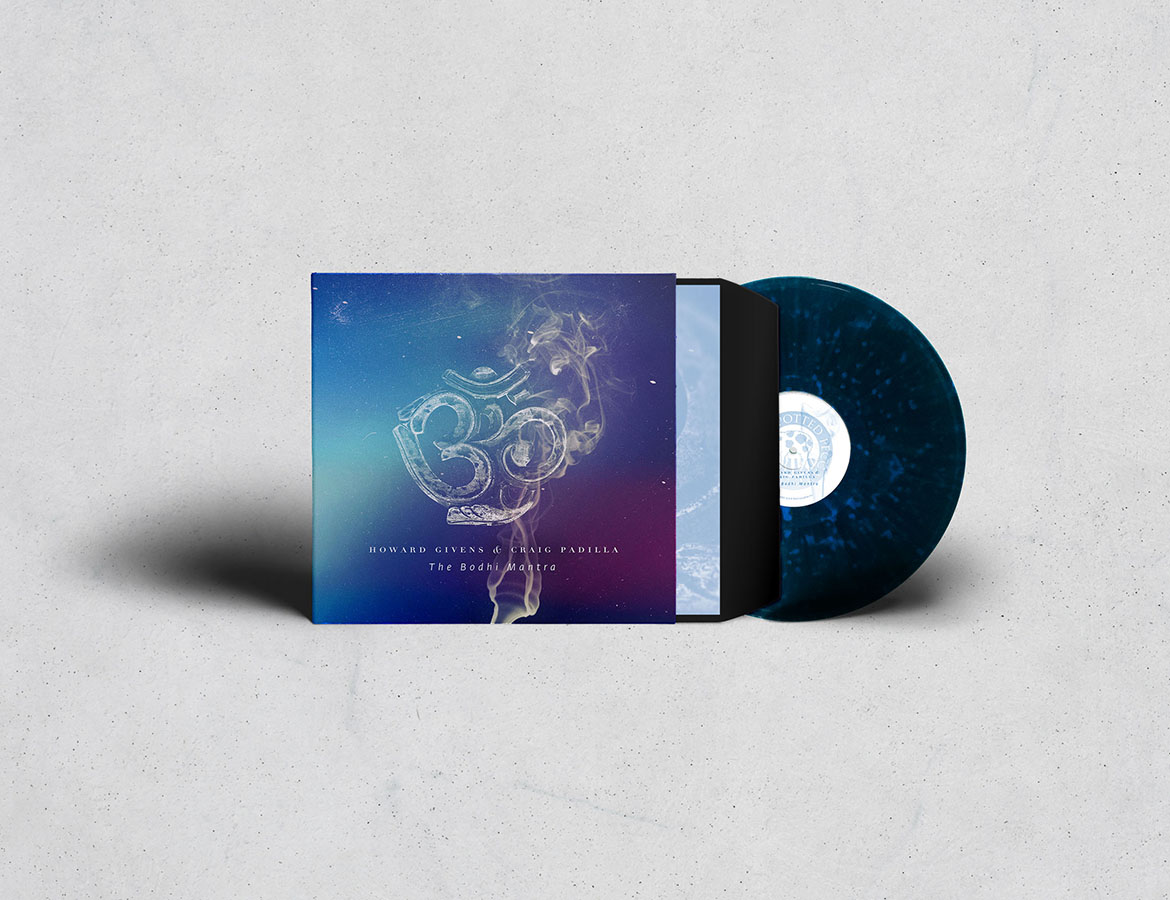 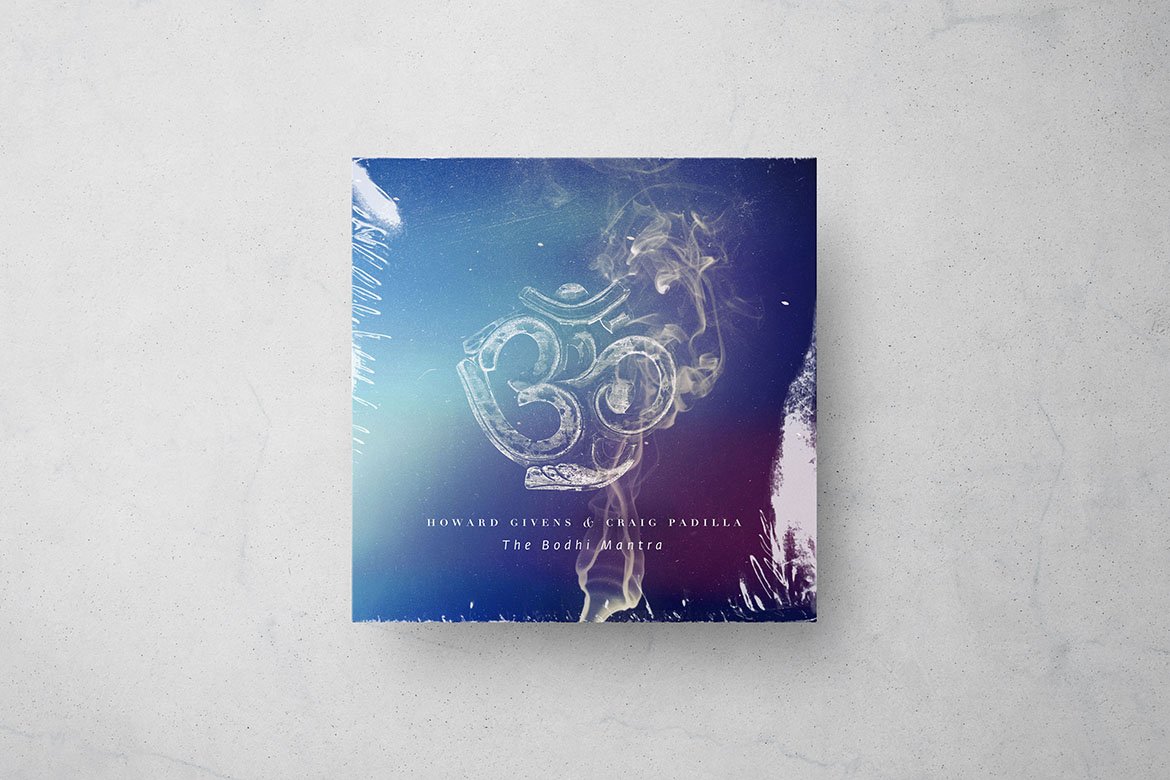 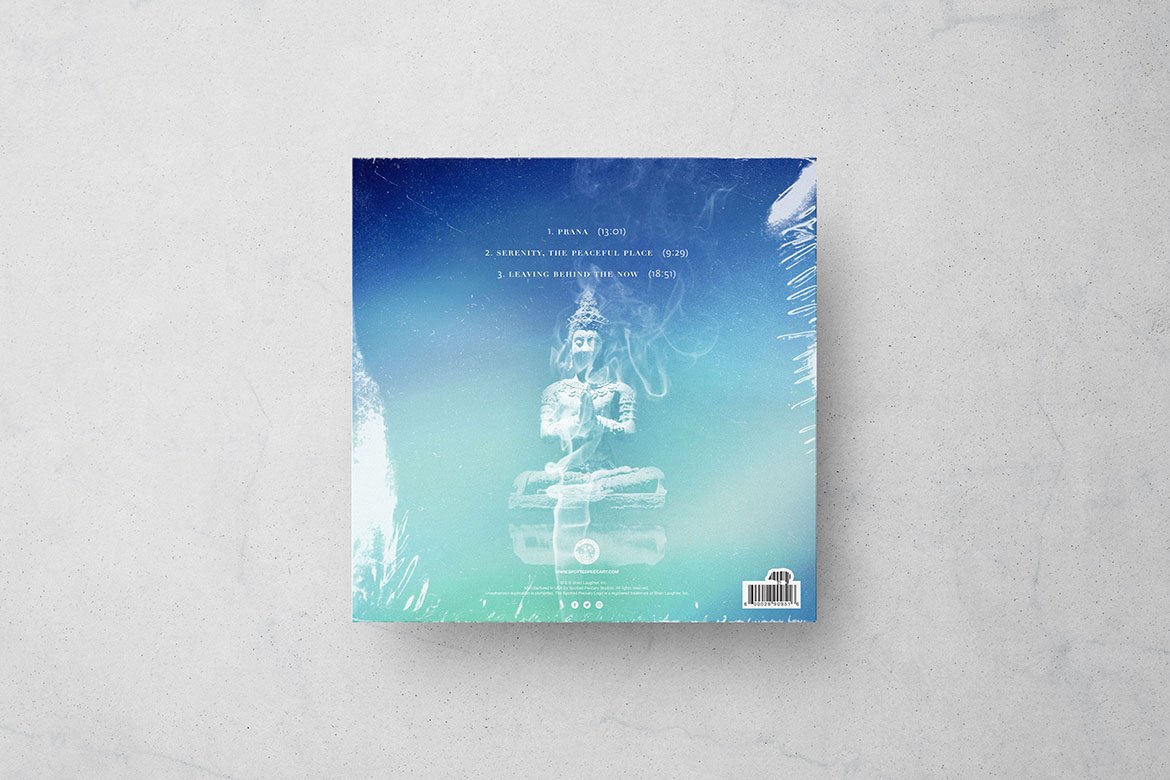 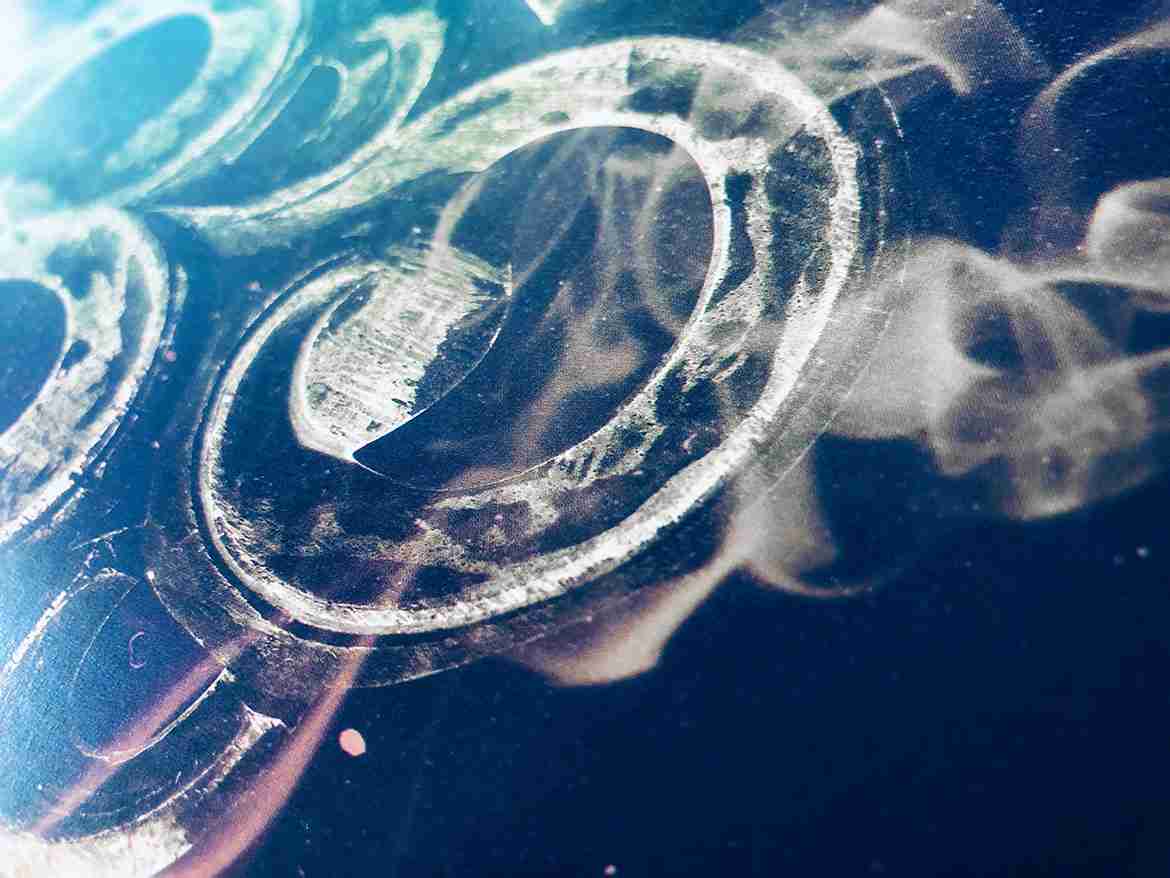 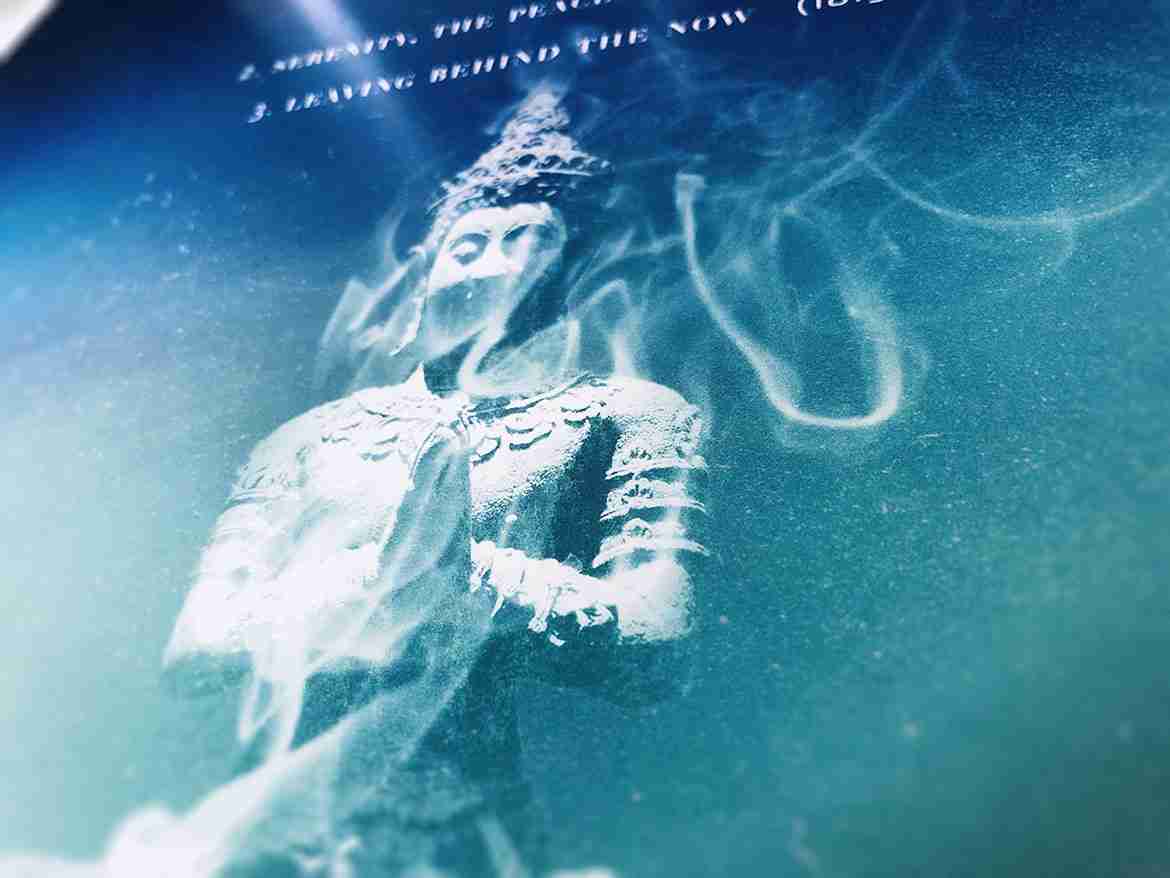 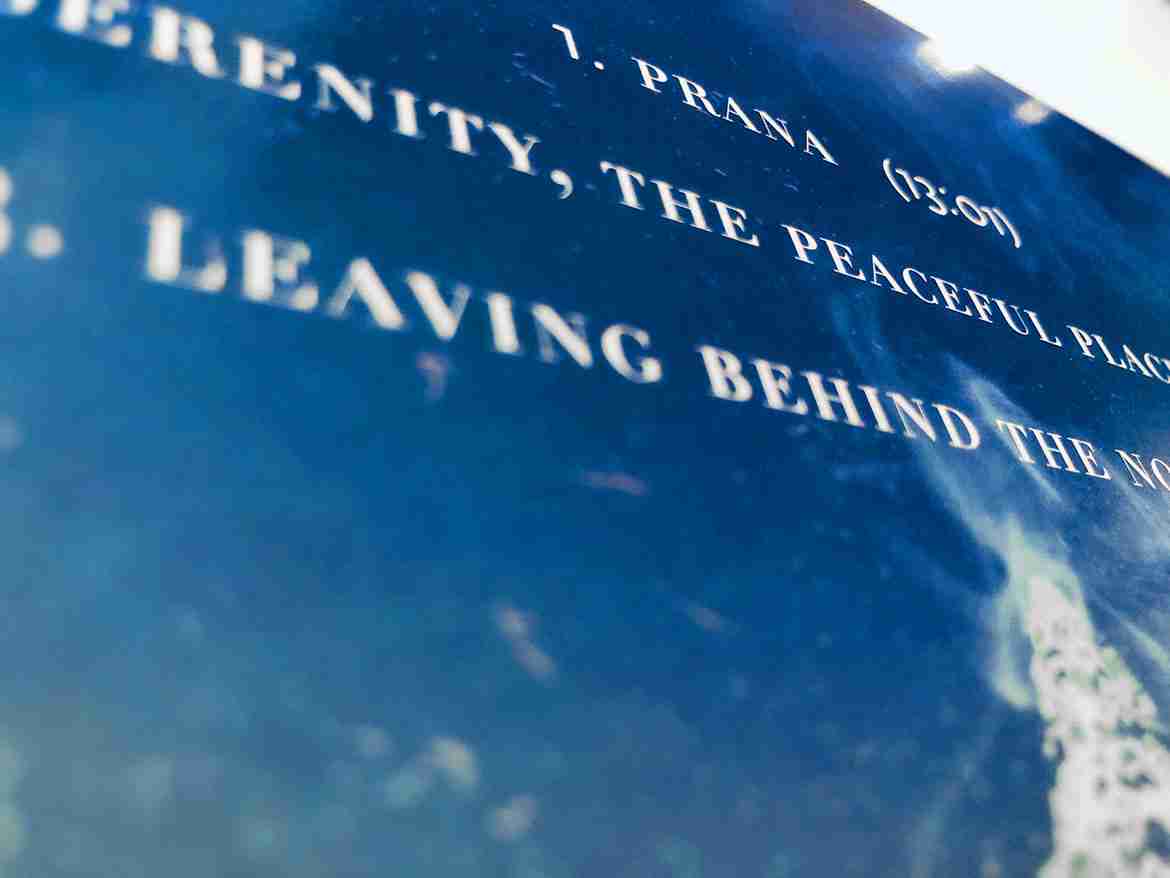 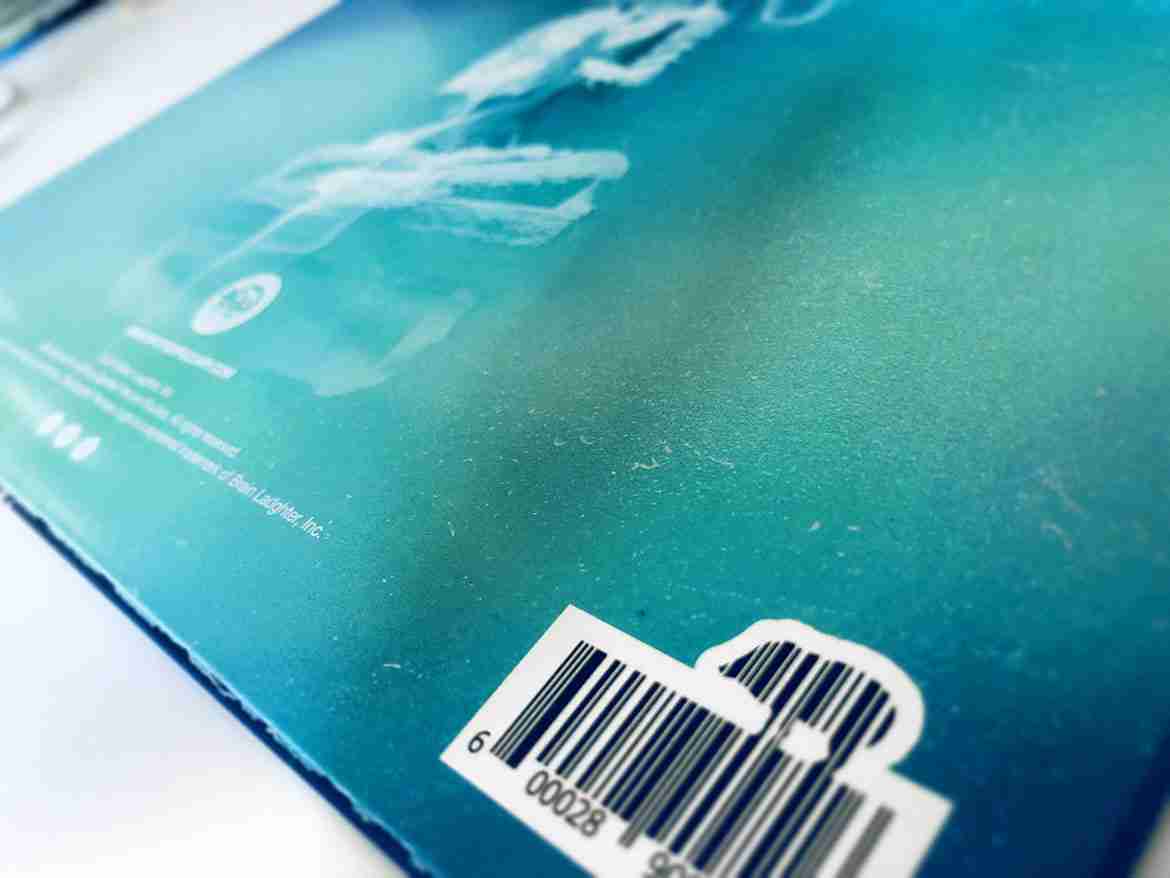 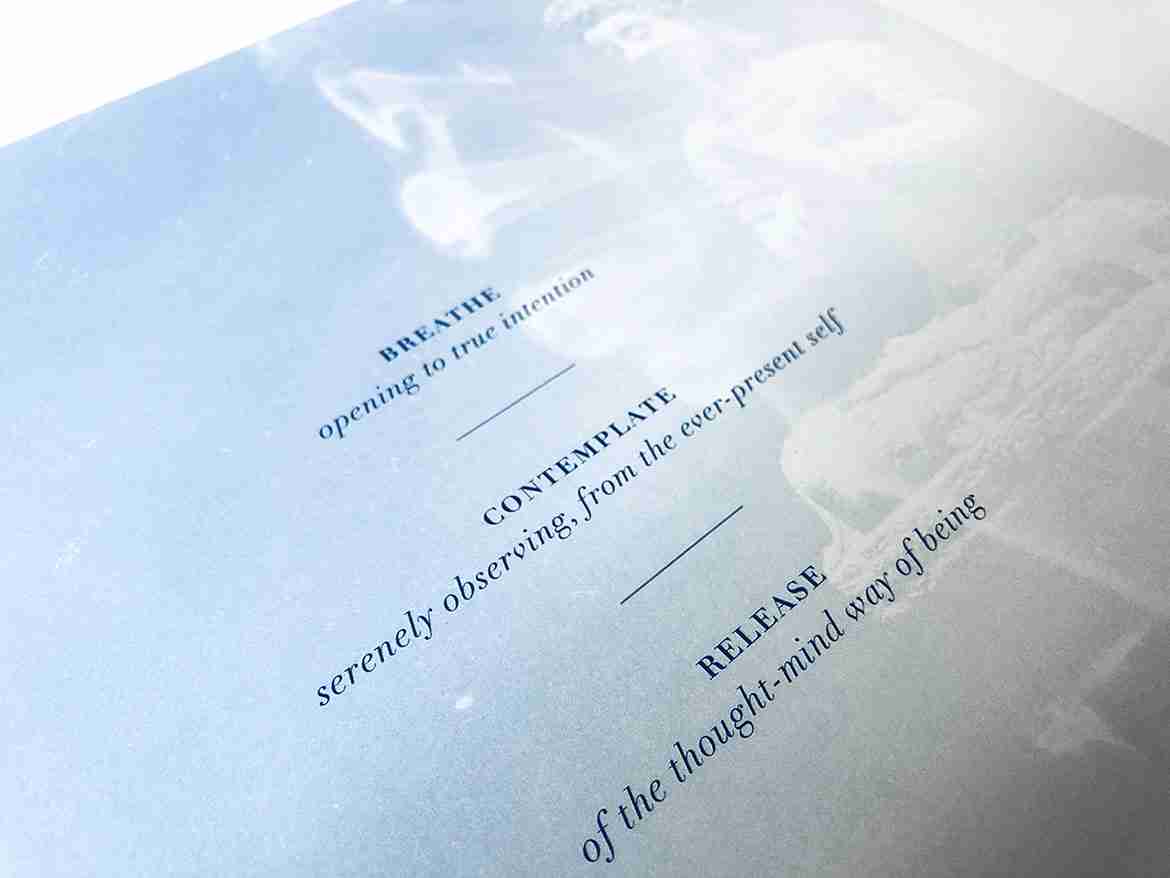 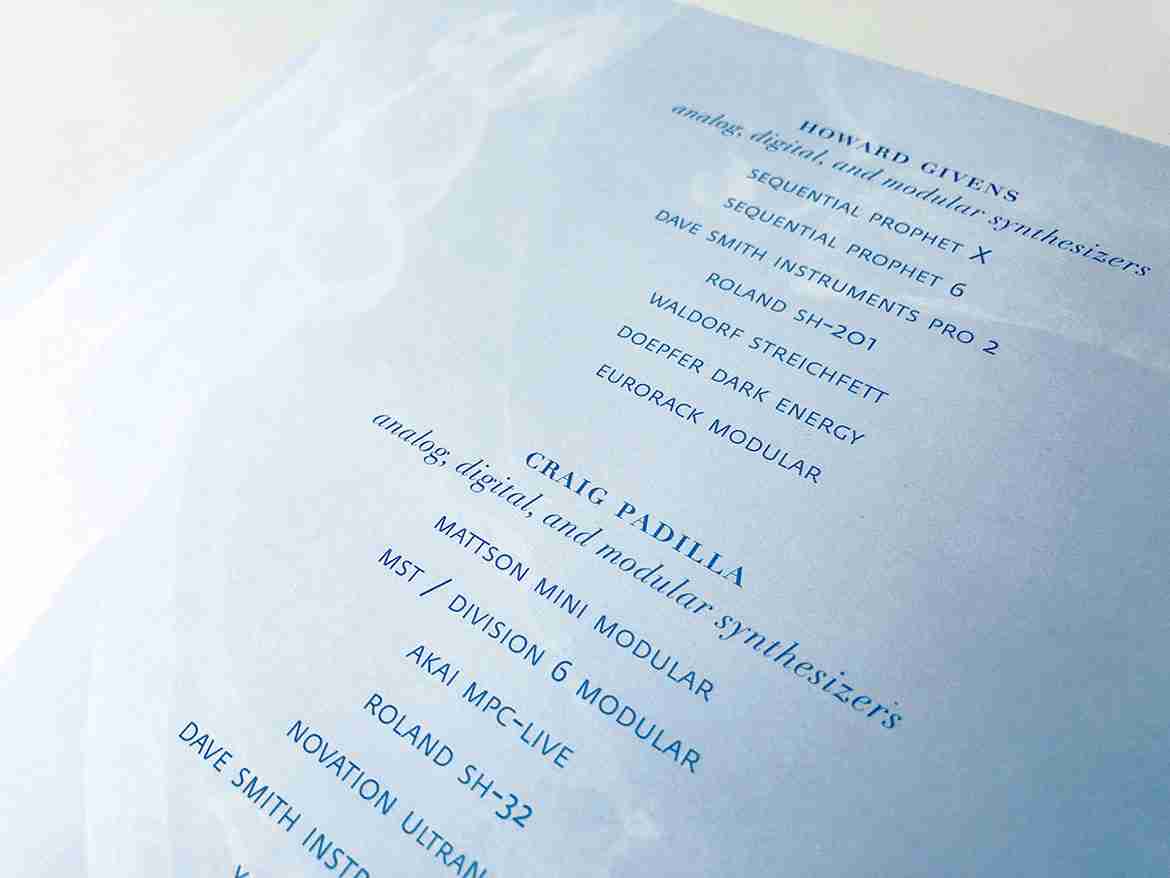 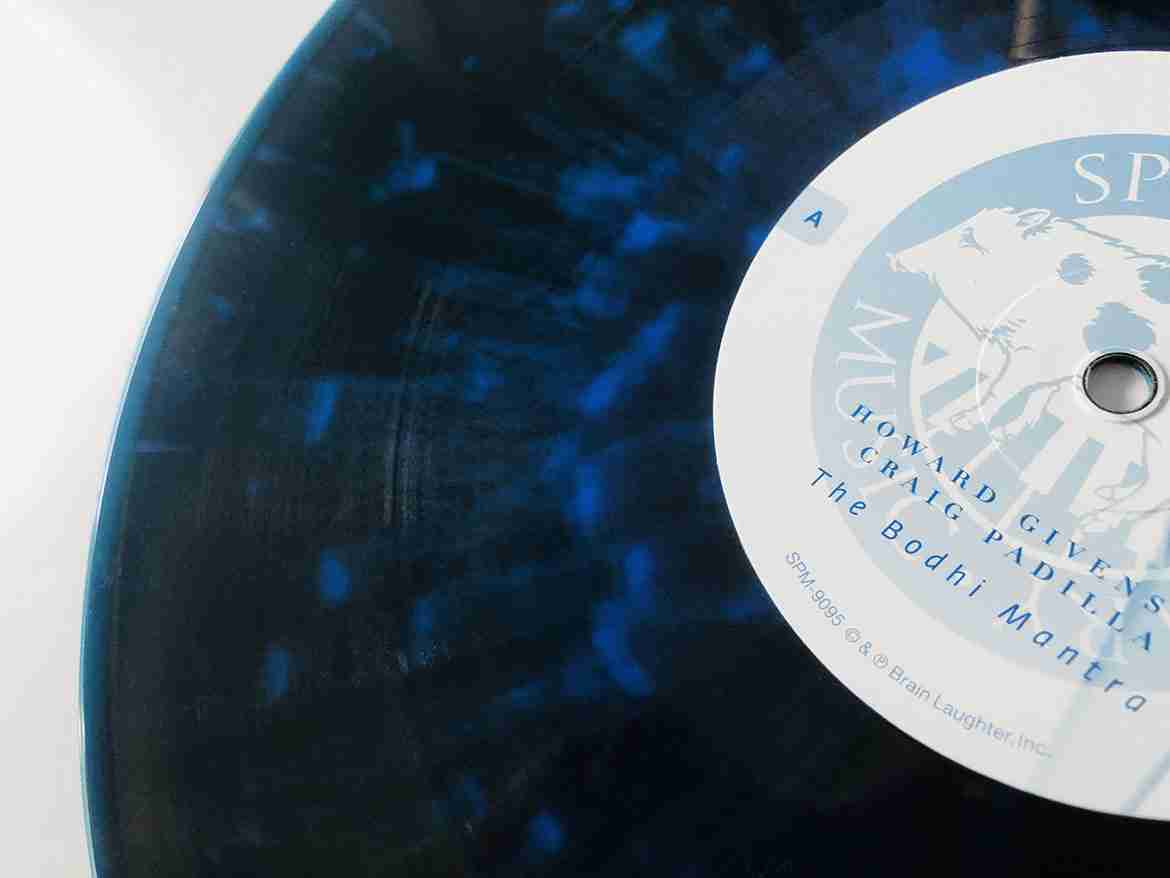 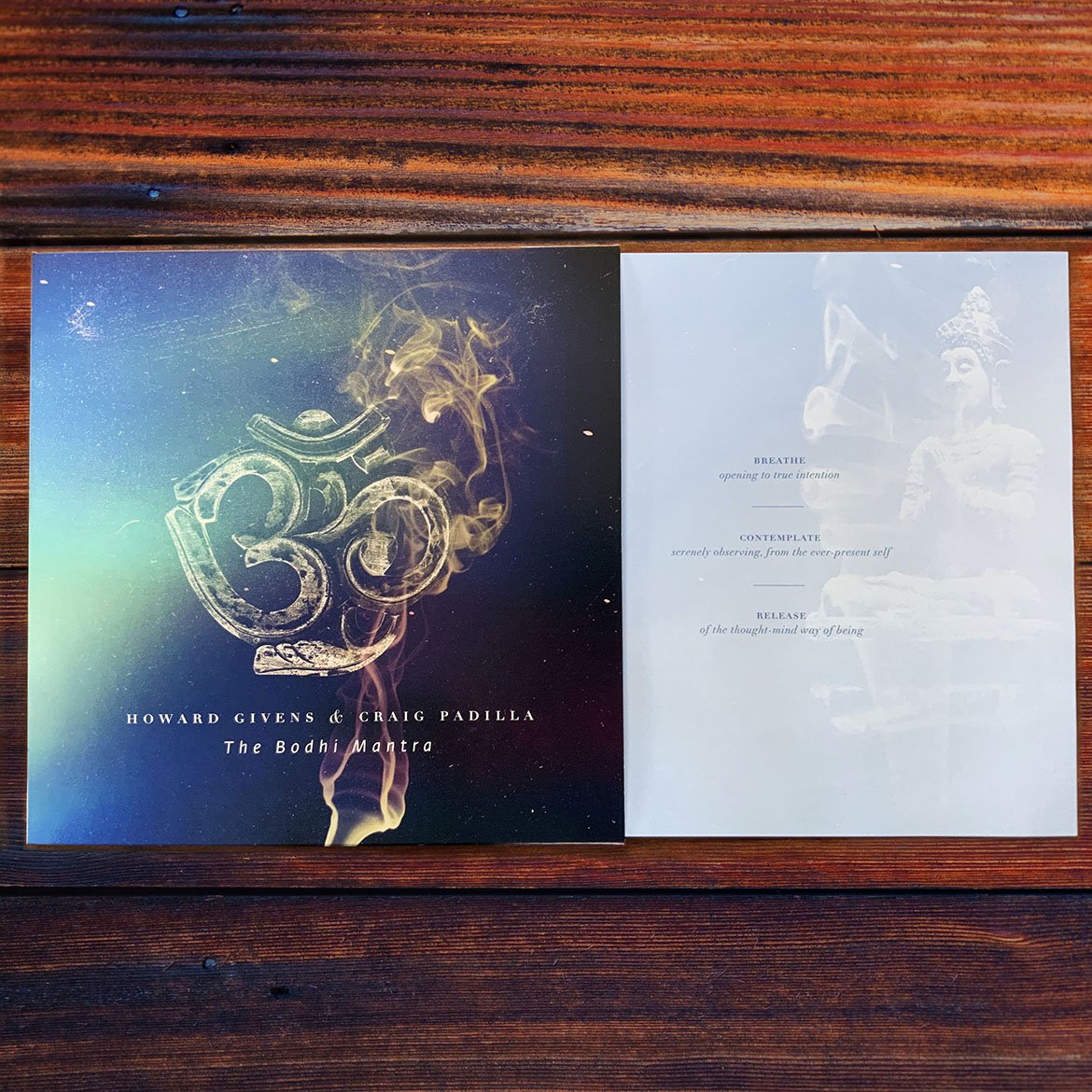 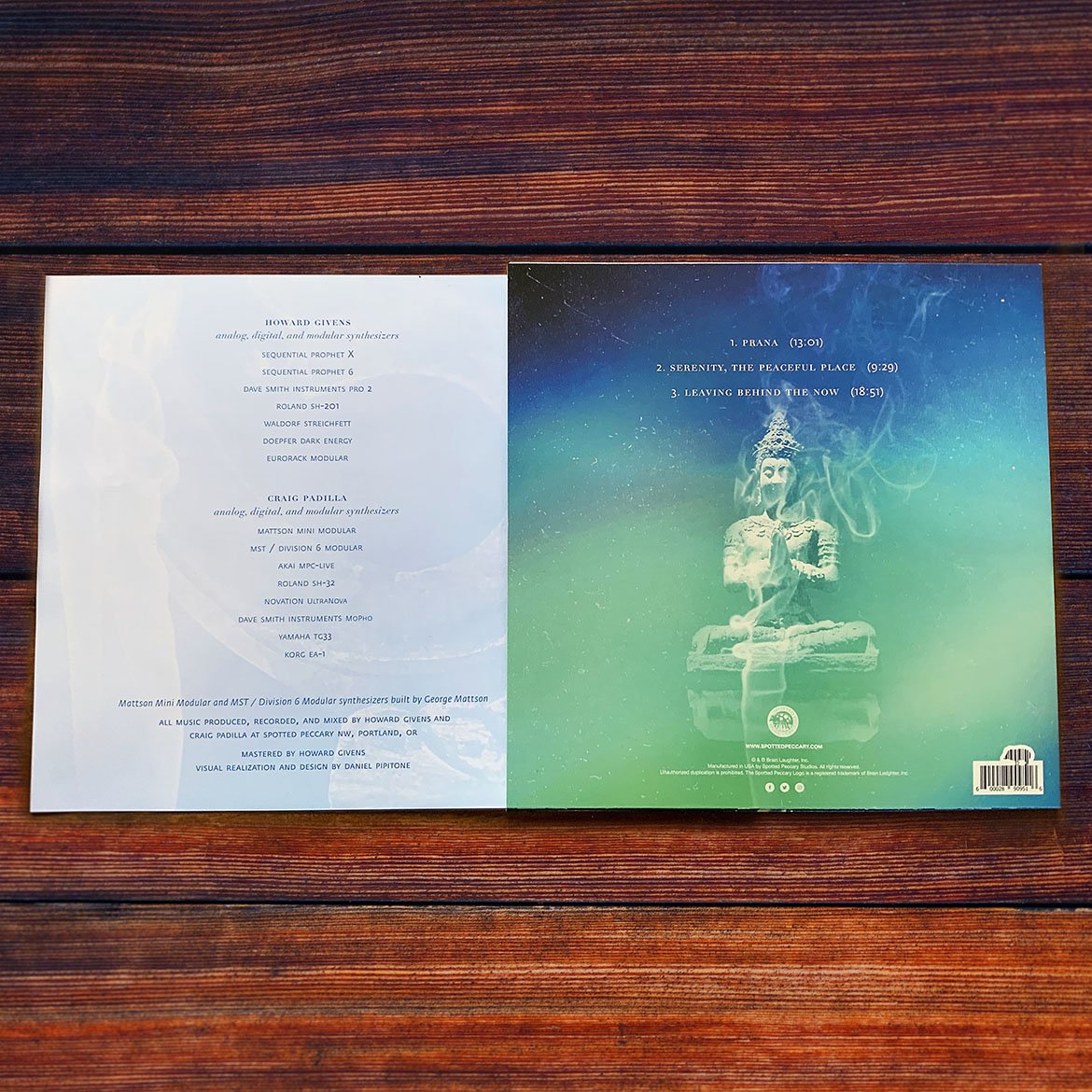 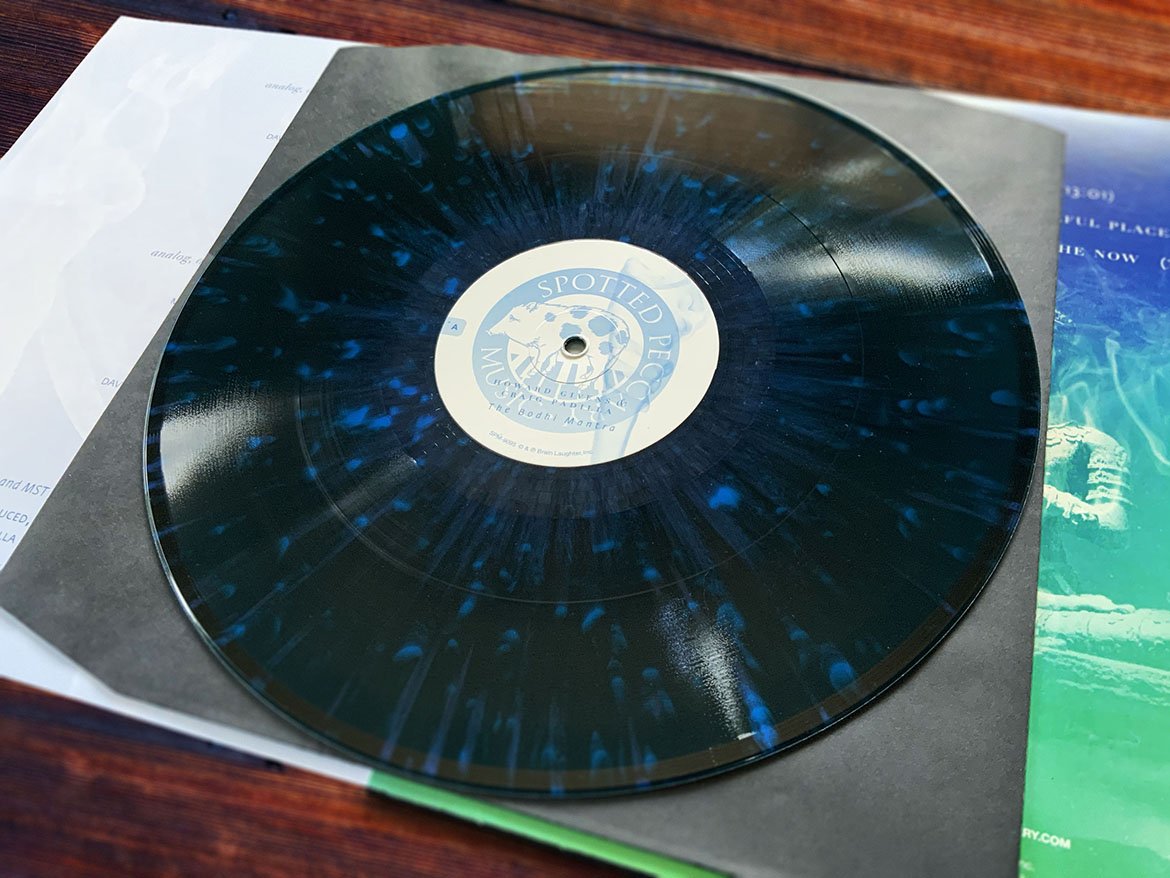