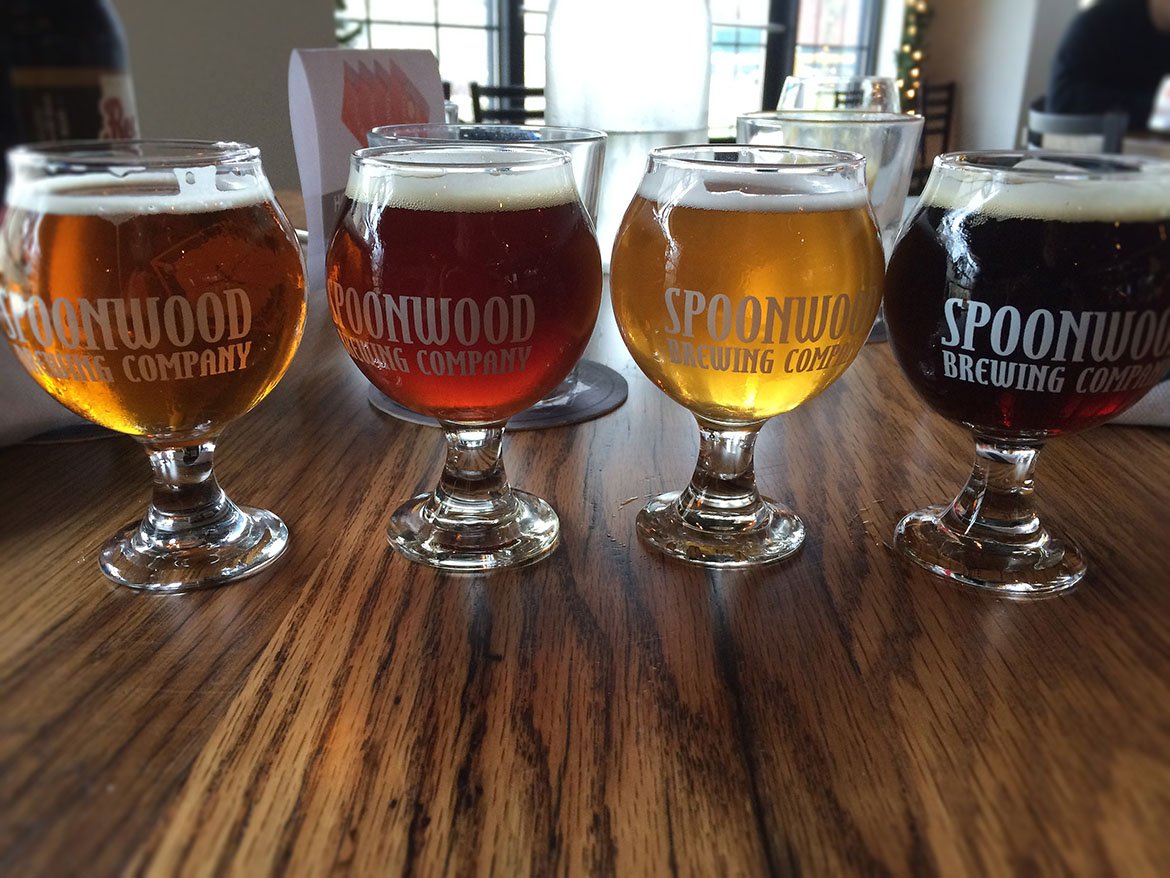 I make no apologies for being a beer nerd. When I emailed Spoonwood Brewing Company’s head brewer, Steve Ilnicki, and asked if I could talk beer with him, he graciously agreed to meet. Discussion quickly turned to their new space, which at the time was crisp and new — sparse, clean, bright — but lacked what he considered “warmth.”

Thanks to great planning by Ilnicki and partner Grant Scorsone, Spoonwood had a well established brand “personality” and a strong connection with customers. Since before their brewery even launched in January of 2015, Spoonwood has been actively engaged with the public with a fresh story, inviting customers to “gather” around the atmosphere they’ve offered up at their brewpub.

With a menu centered around a wood-fired oven and an ever-expanding offering of local wine, ciders and spirits, Ilnicki’s beers are poured in a space that calls to patrons with a “brew. taste. gather.” narrative. After talking with Steve and Grant about their desire for more warmth in the sleek new space, we explored ideas for connecting the space with their brand‘s personality – ways to extend the conversation and to “wrap” patrons in the Spoonwood environment while they “gathered” and “tasted.”

We opted for vinyl application for windows and walls to start simple – but went for large impact. 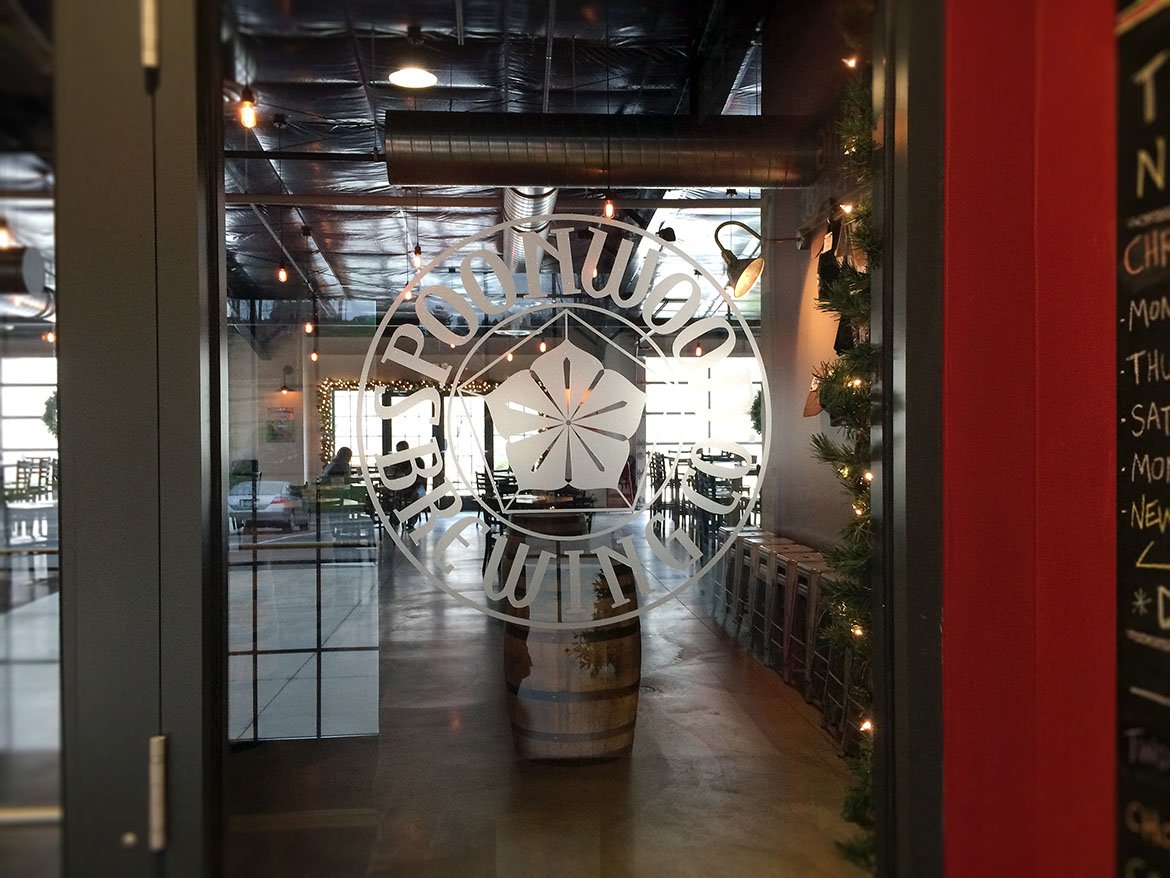 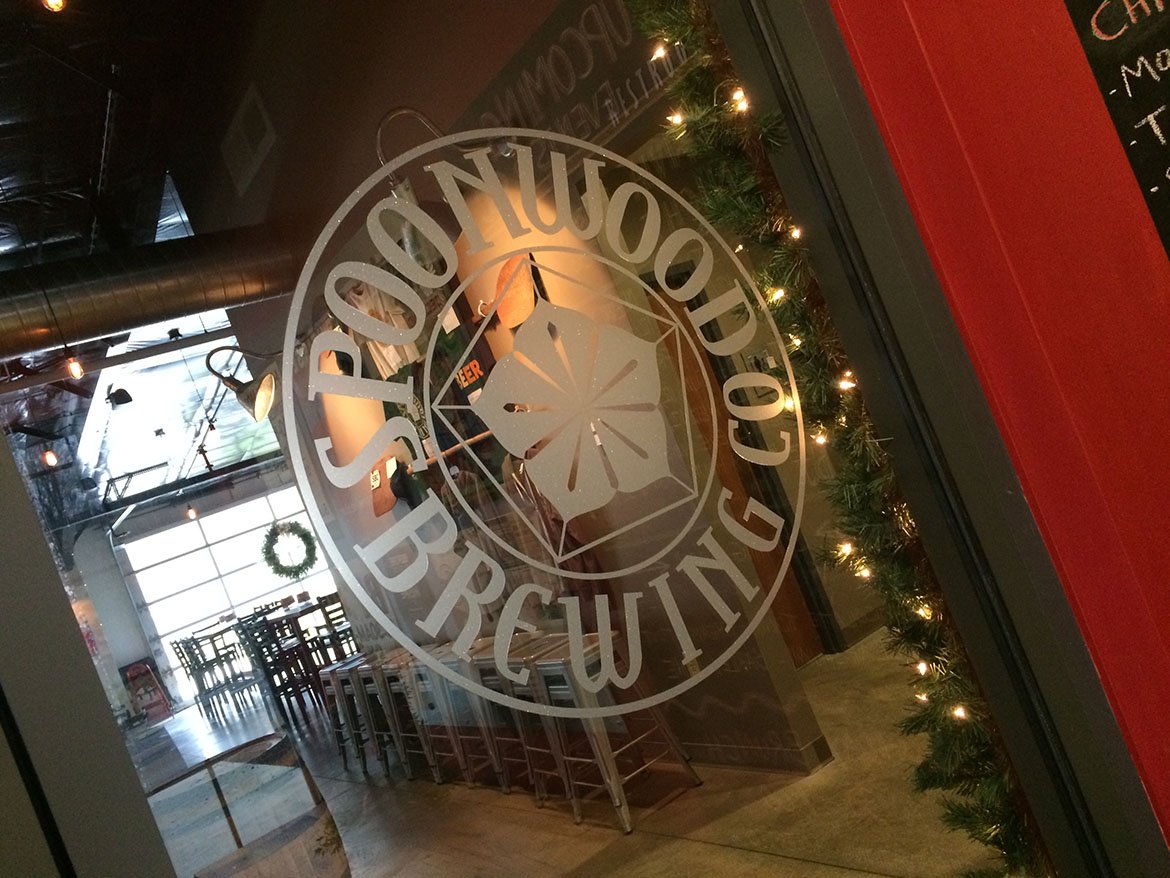 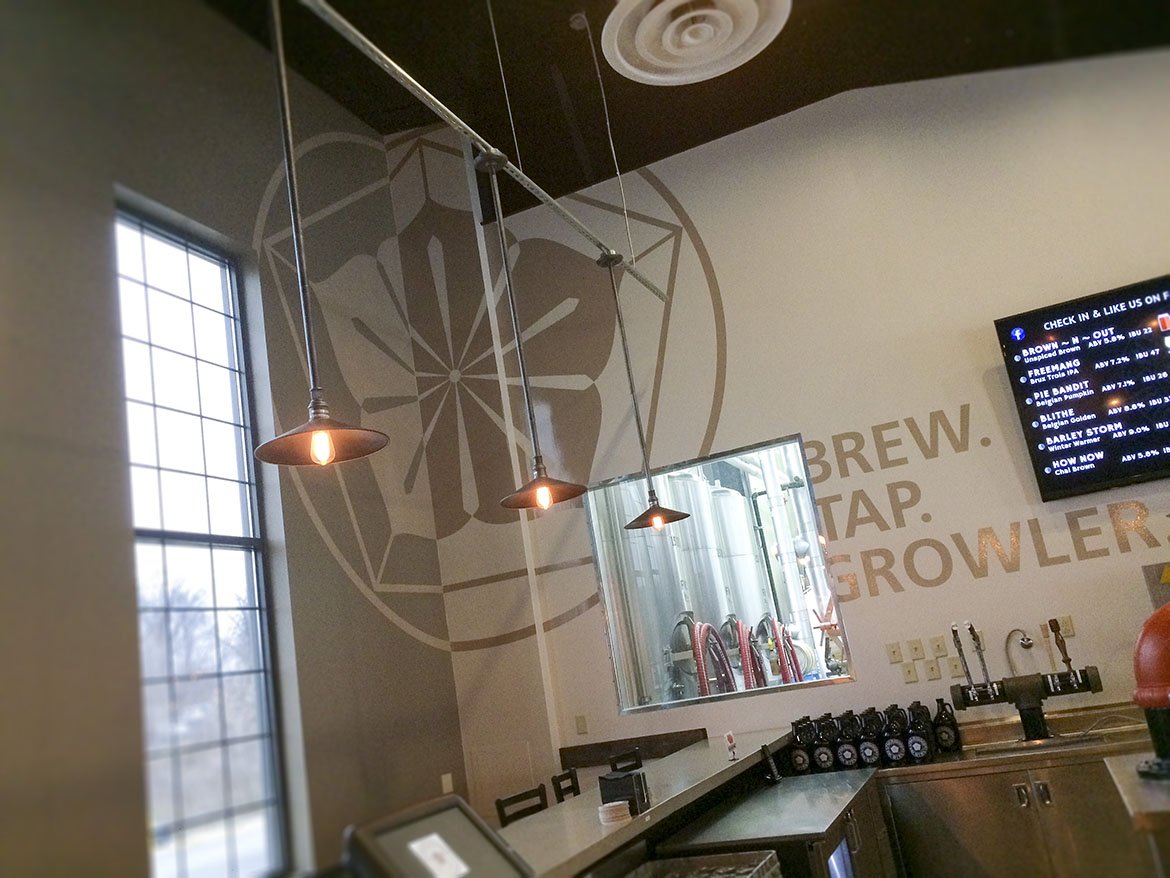 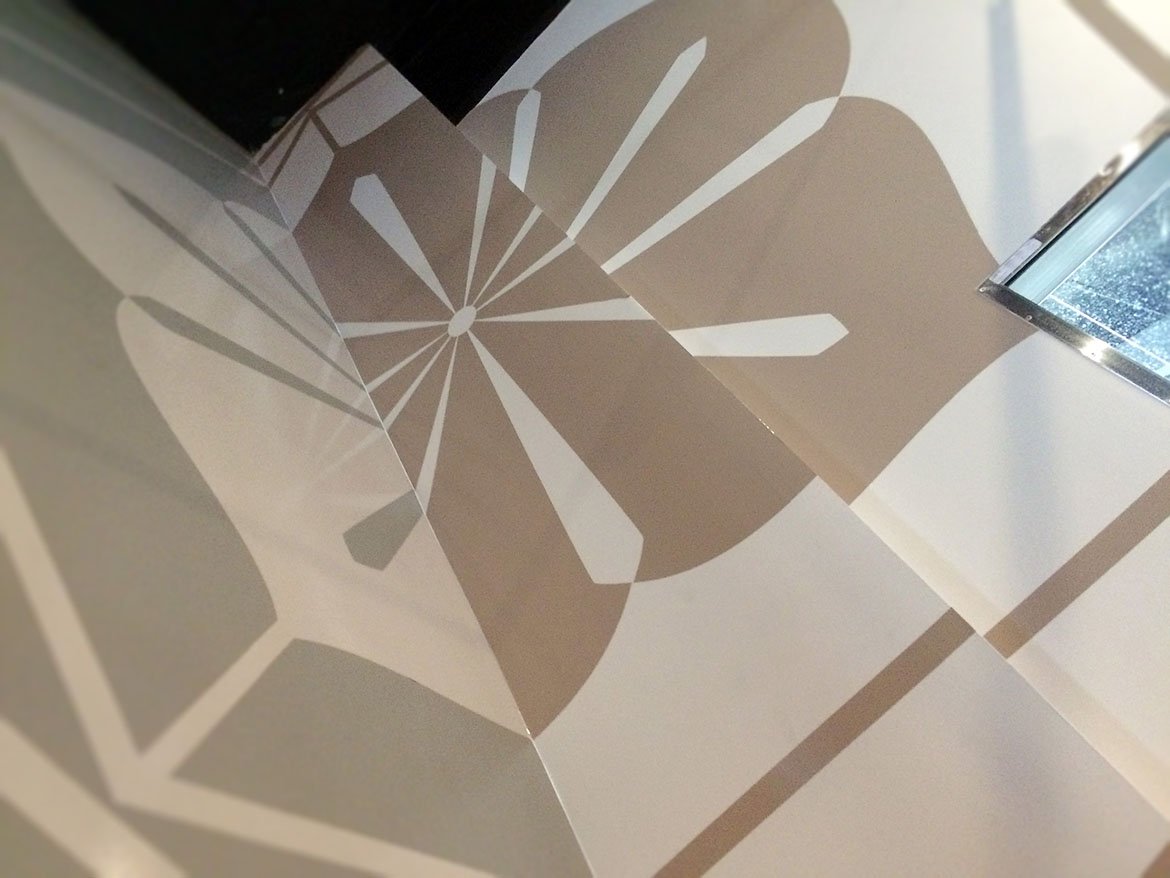 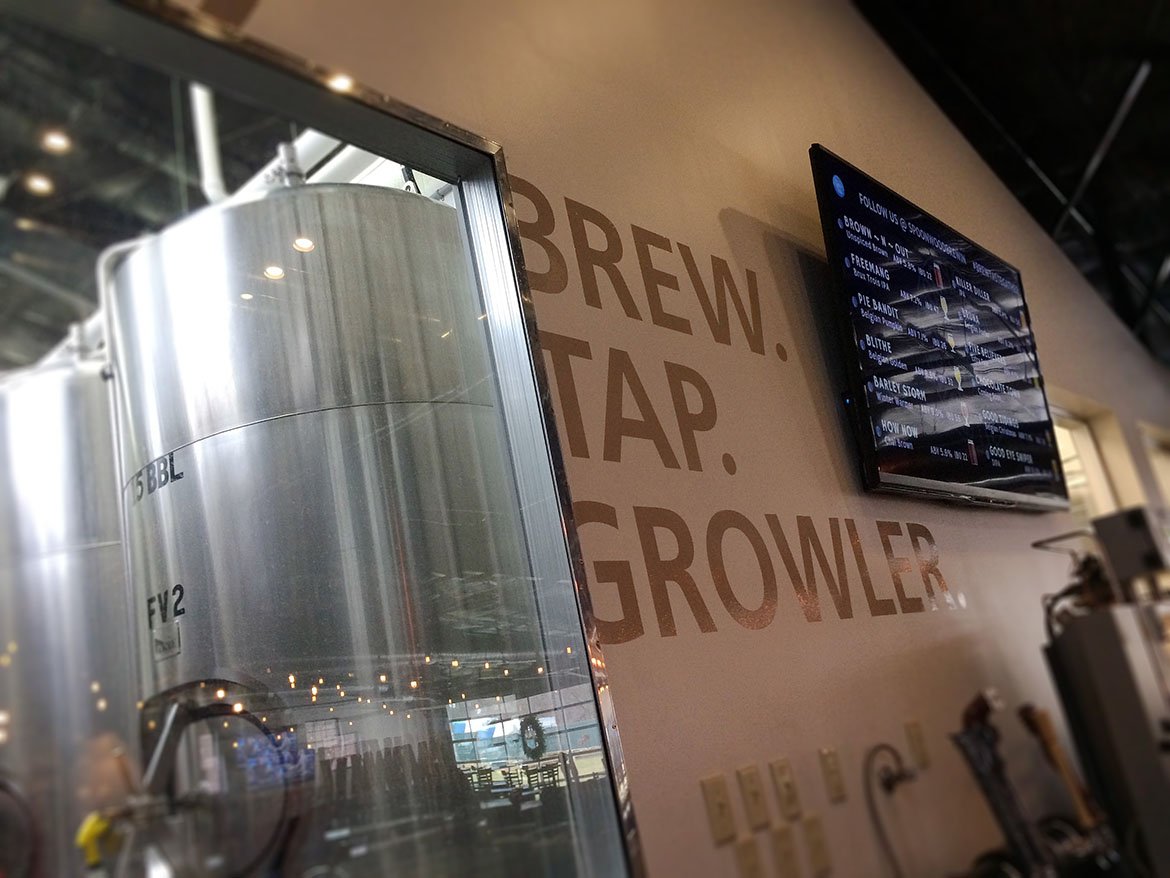 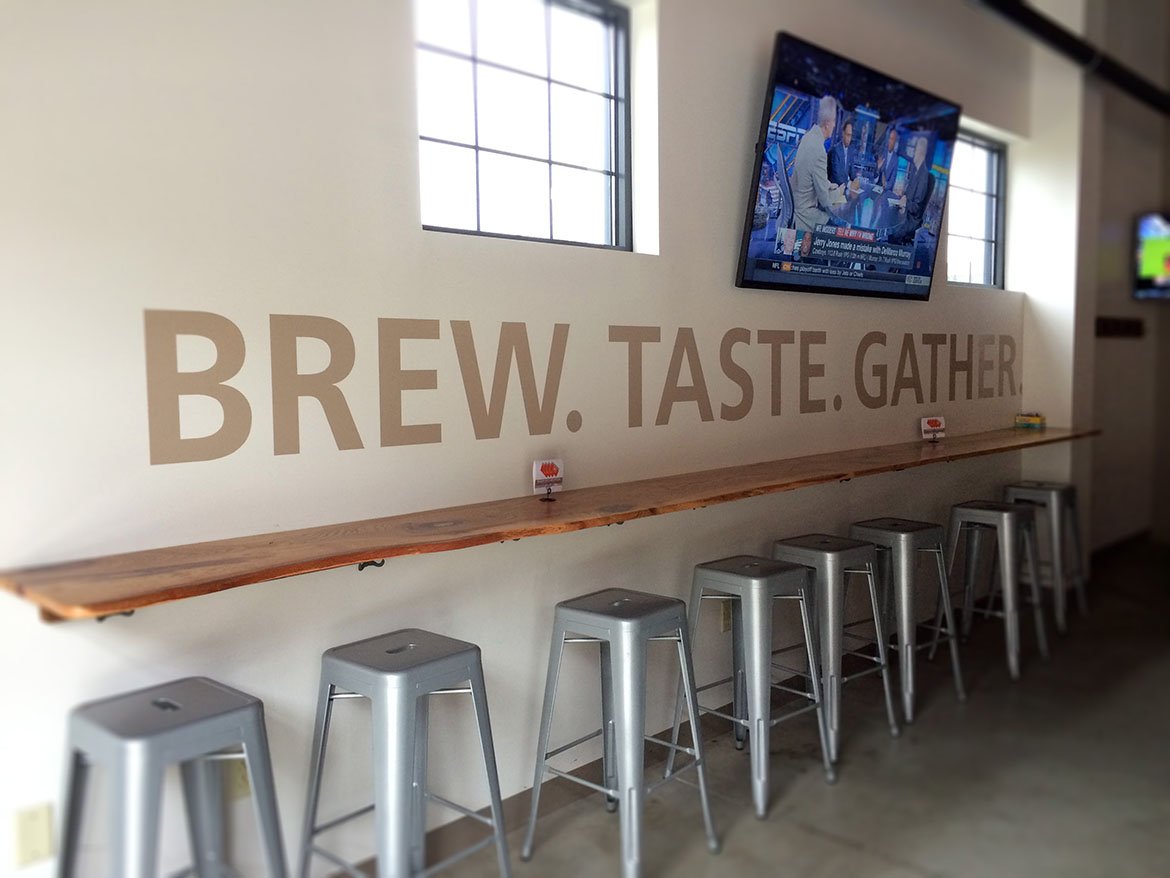