That statement opened the first paragraph of the request for proposals I received from the Crisis Shelter of Lawrence County, making it clear to me that my involvement in this project seemed hardly like an option. What followed was a long list of truly disturbing statistics that were nothing short of astonishing and, frankly, difficult to accept.

Enter the Crisis Shelter of Lawrence County, who was planning an ambitious Rural Family Violence Awareness and Intervention Initiative, aimed at changing this situation in Lawrence County and beyond with tools, resources and awareness messaging to put these issues (and the need to combat them) in the spotlight. I responded by helping them create a integrated campaign with a full spectrum of materials, including outdoor boards, print media placement, TV and web-based video and a “toolkit” which carried a suite of printed collateral – postcards and large-format posters. The campaign centered around the concept that, according to the facts and statistics, the cycle of abuse and violence is perpetuated by “silence” or doing nothing. The “equation” metaphor worked to get at this idea while the “Fight for Zero” tagline became the pivot point for the call to action. While statistics revealed information like “90% of date rapes involve alcohol”  the Crisis Shelter’s call to action becomes “Donate and Fight For Zero” or “Speak up and Fight For Zero.” In two phases (adult-specific and teen-specific messaging), the campaign worked to drive traffic to their website, fightforzero.org, which was created by Forward Trends, which offered an innovated set of counseling resources and informational tools – all free as part of the Crisis Shelters grant-funded initiative. 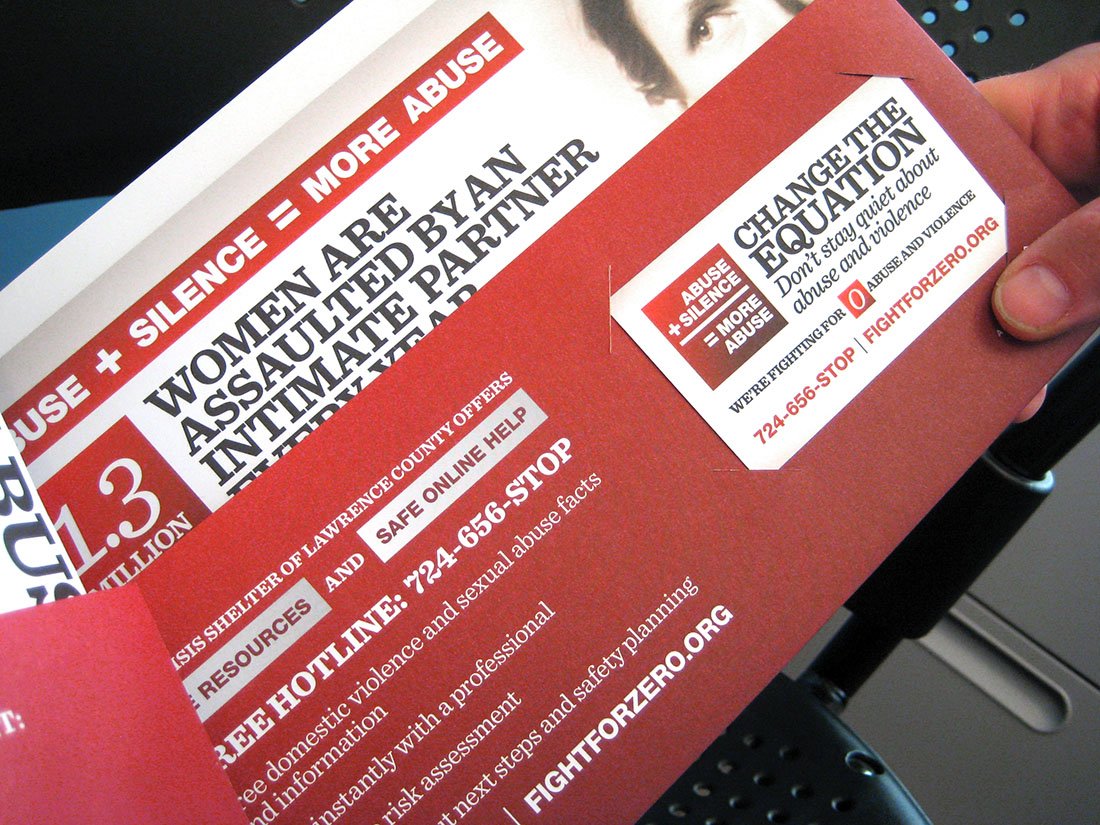 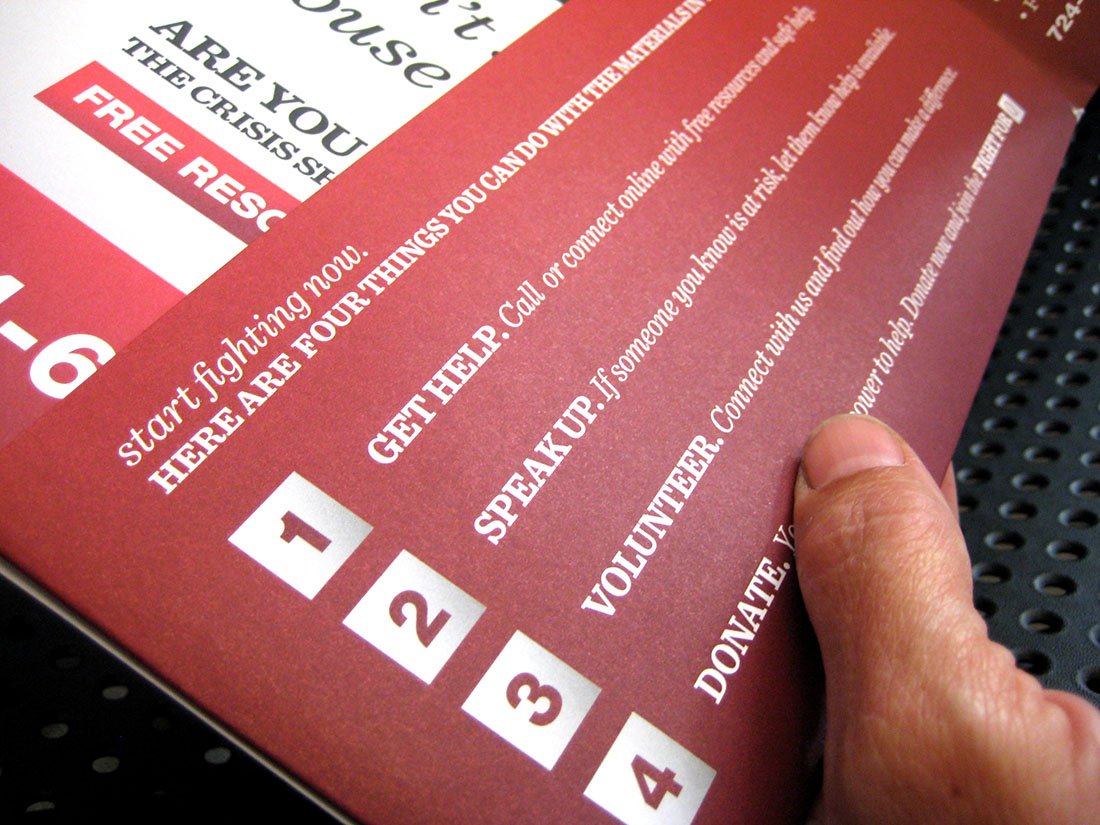 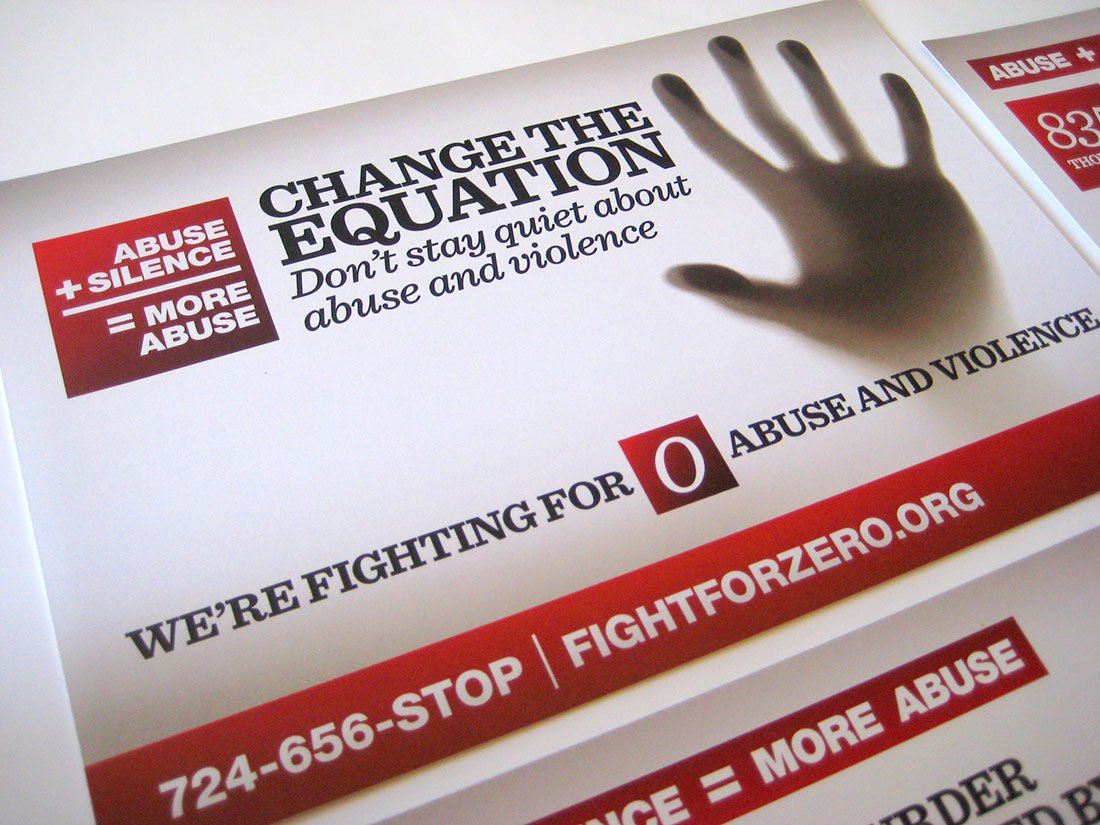 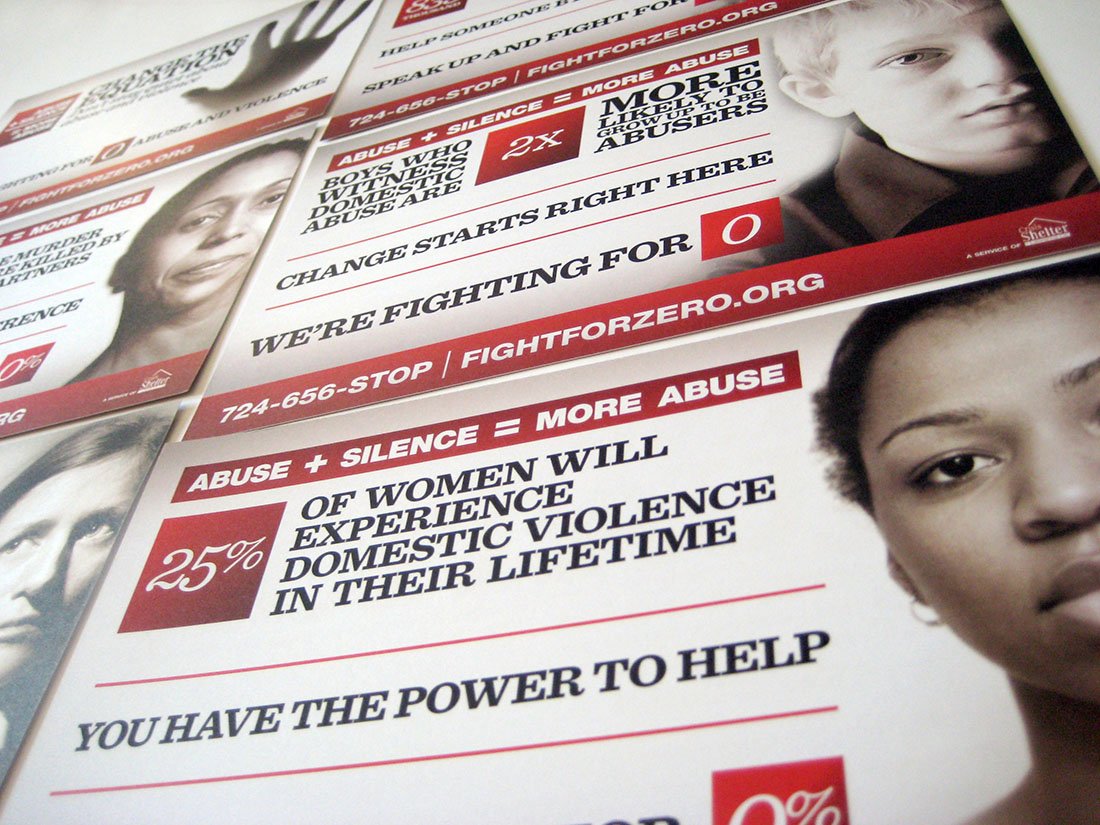 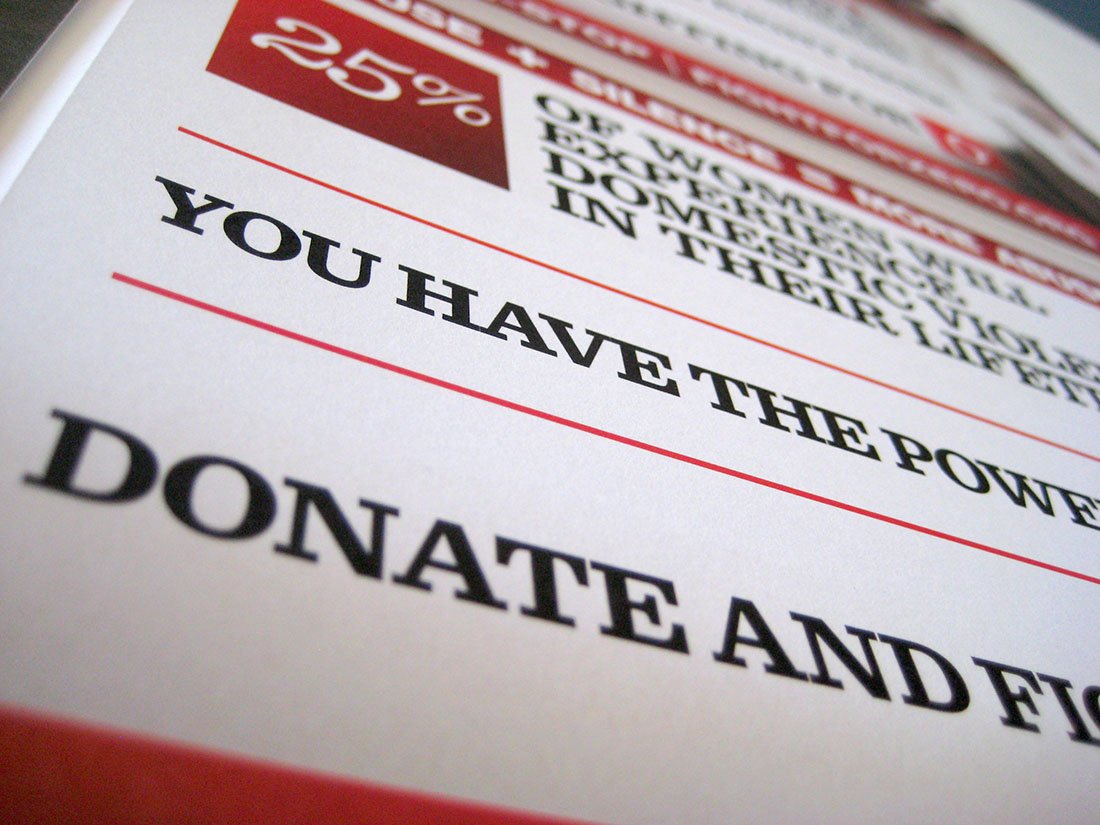 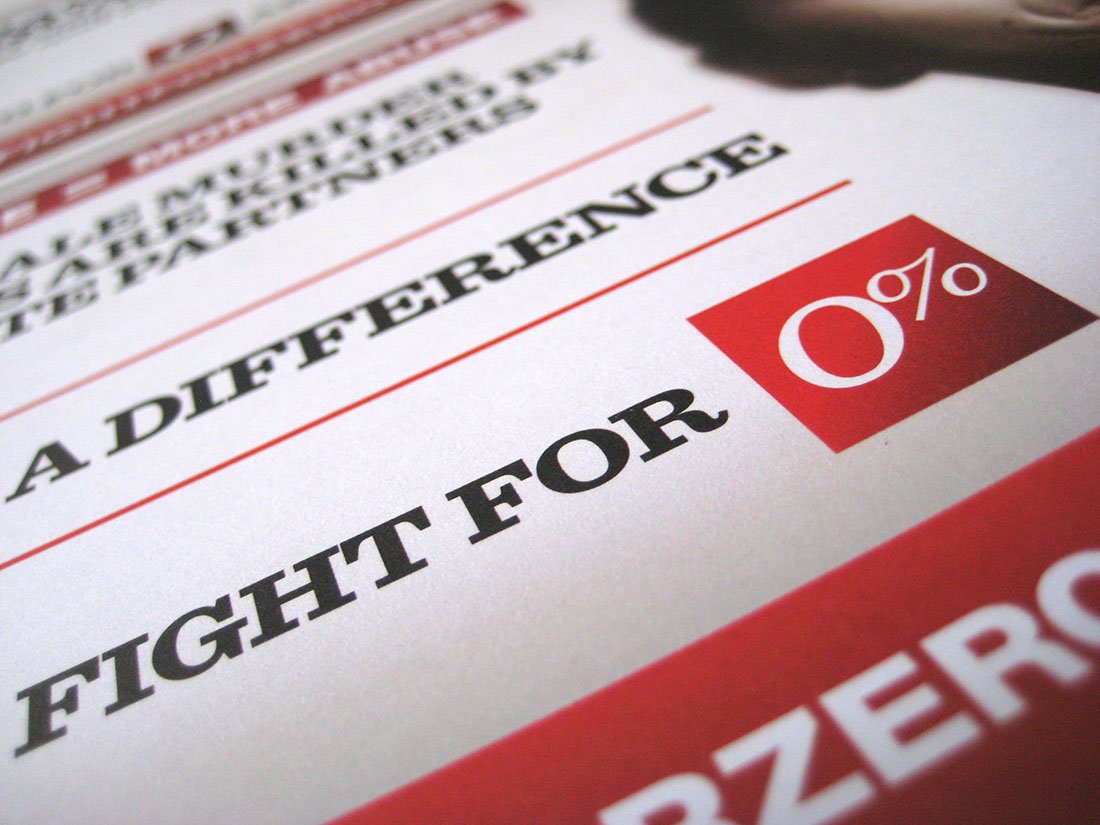 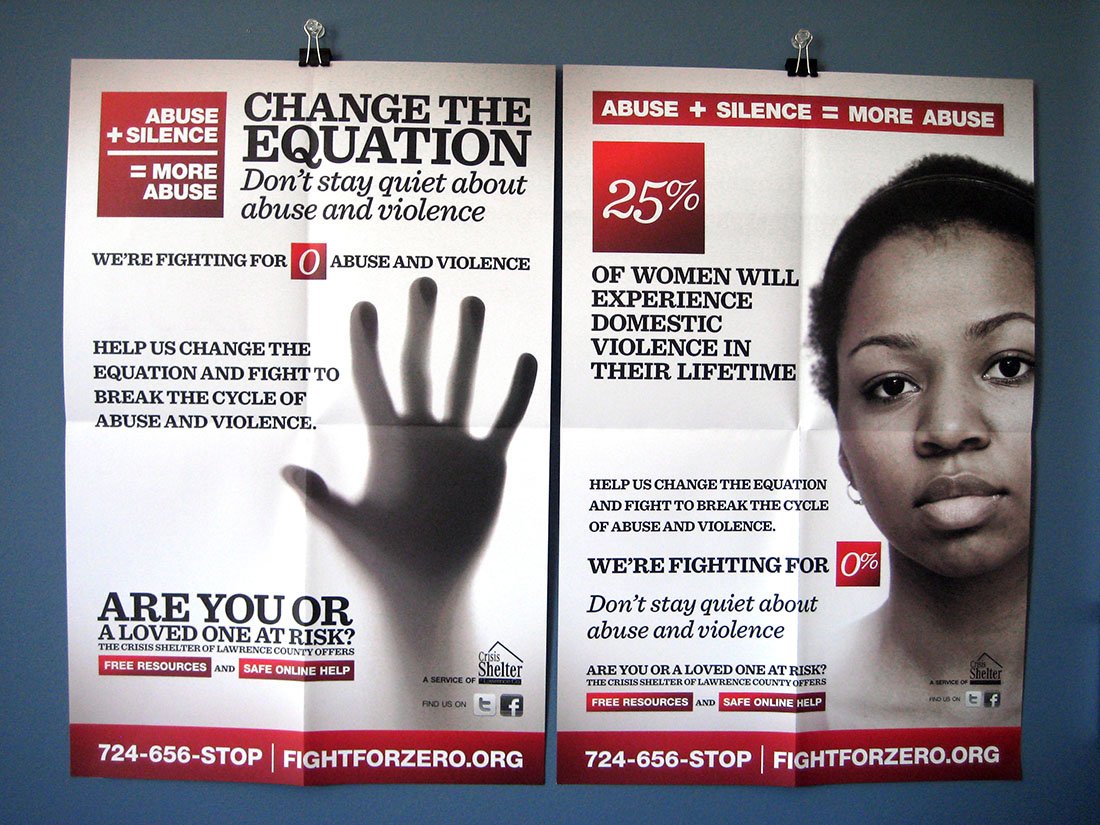 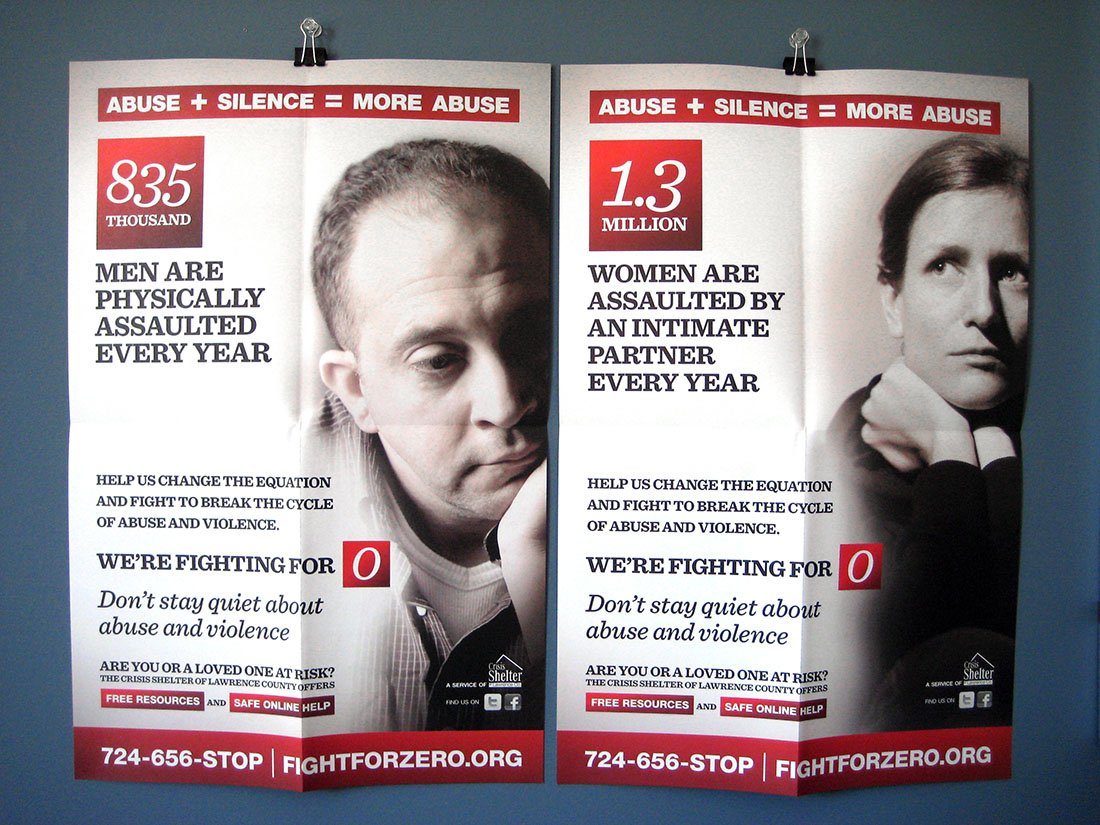 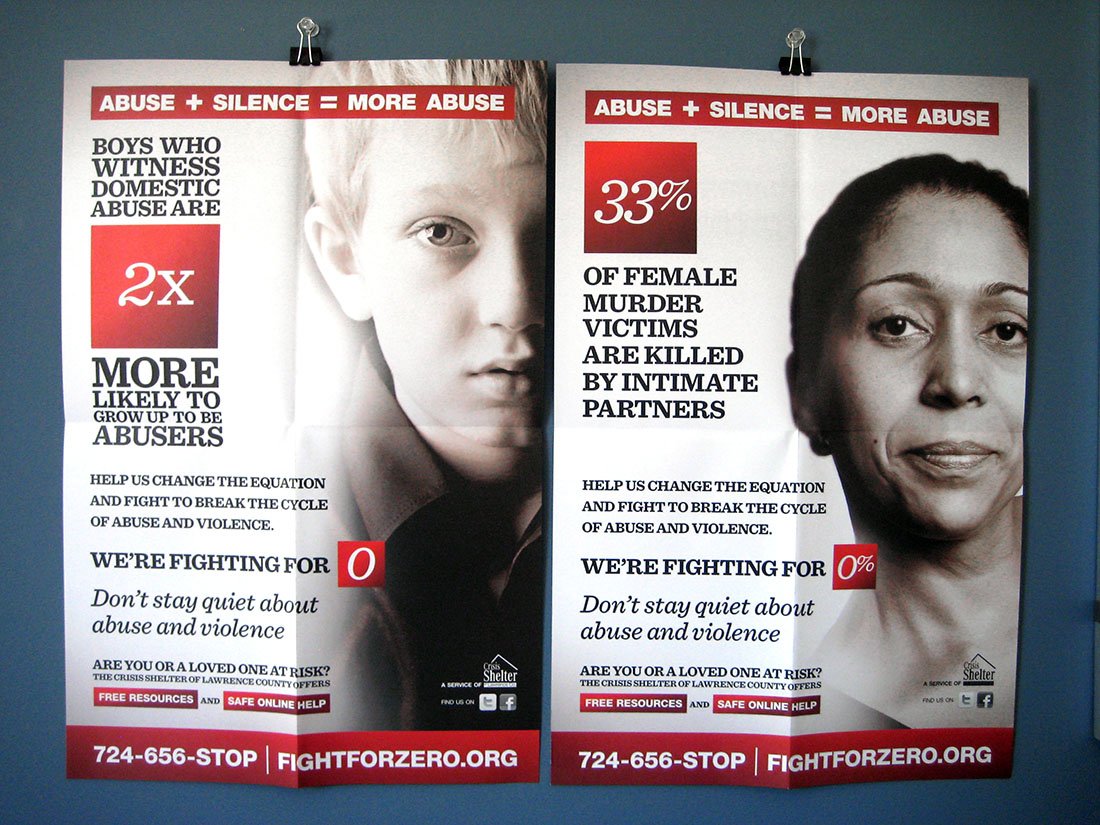 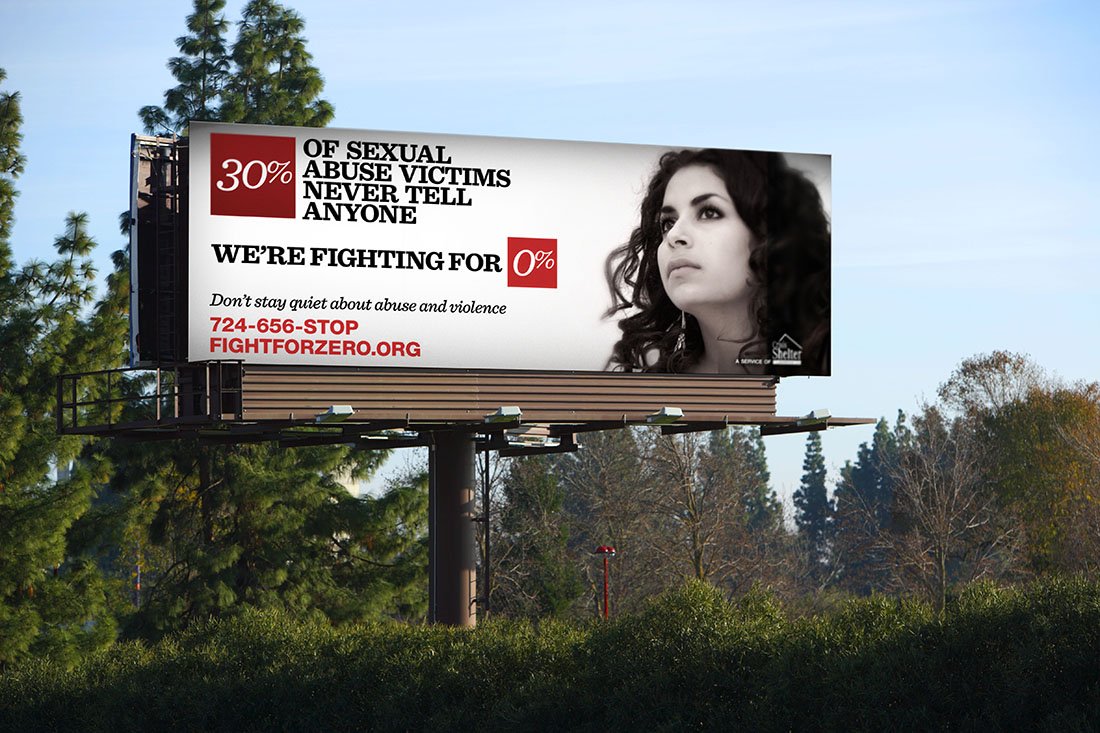