A recent study published by the University of Chicago followed a sample of young adults for six years, from the time when they were 17 or 18 years old and still living in temporary foster care. The results were troubling.  Only 7% of the young women and 5% of the young men had even an associate’s degree.  Fewer than half currently had a job, and most of those working were not earning a living wage (more than one quarter had no income from employment during the past year and half who had worked reported annual earnings of $8,000 or less).  Nearly 40% of these young people have been homeless or “couch surfed” since leaving foster care.  Most notably, as a group, these young people were less educated, more likely to be incarcerated, more likely to experience homelessness, and less likely to be employed than their peers who entered adulthood as part of a permanent family.

To bring awareness to this issue, and to better connect individuals with ways in which they can get involved, CASA of Allegheny County and the Allegheny County Department of Human Services banded together to host a rally on the steps of downtown Pittsburgh’s City-County building. Along with organizing talks by local former foster children, CASA and DHS also mobilized a “flash mob” with CASA and DHS staff members carrying life-size cut-outs representing the number of children currently within the foster care system.

To help support the promotion of the rally and drum up awareness for the Forgotten Child Campaign, I worked with CASA of Allegheny County to “brand the issue” itself, giving the Forgotten Child Campaign a unique identity and setting it apart from their other efforts. Along with postcard-sized handouts, we designed and set up a dedicated micro-site and communication mechanism to collect information from those interested in helping or attending the rally and to carry the momentum for the effort long after the event had past. The event was attended by over 100 people. 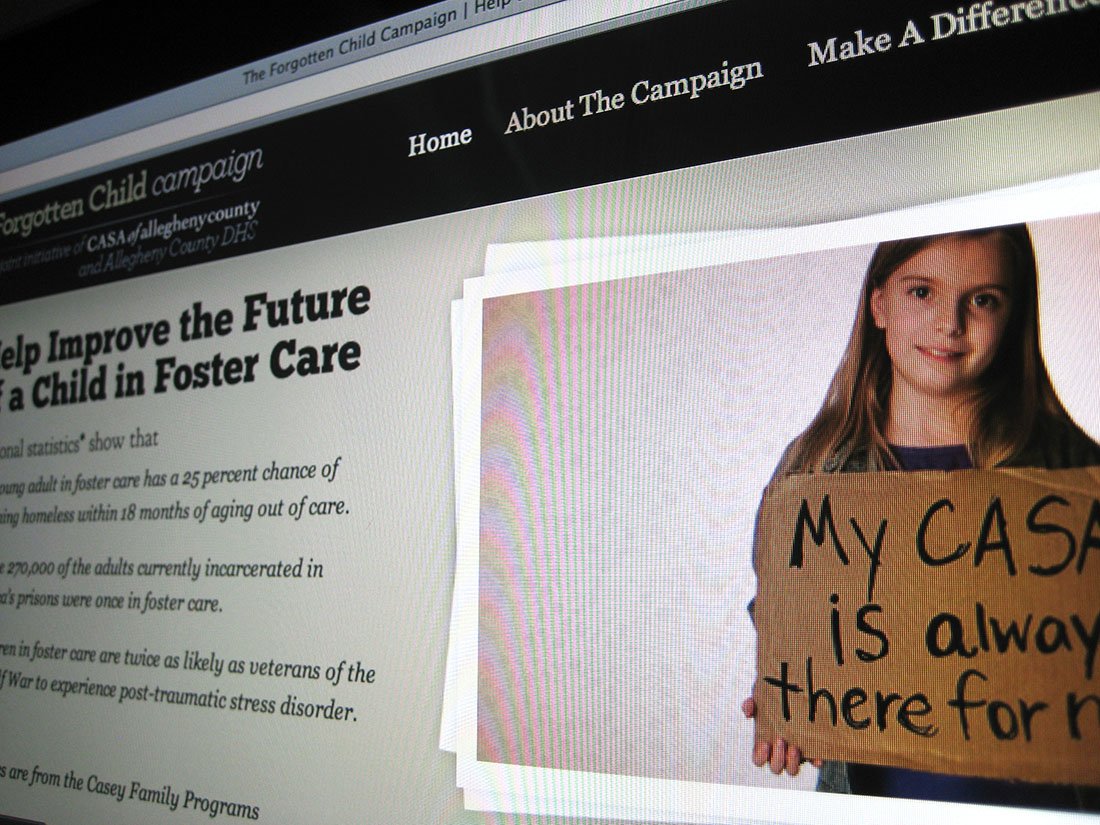 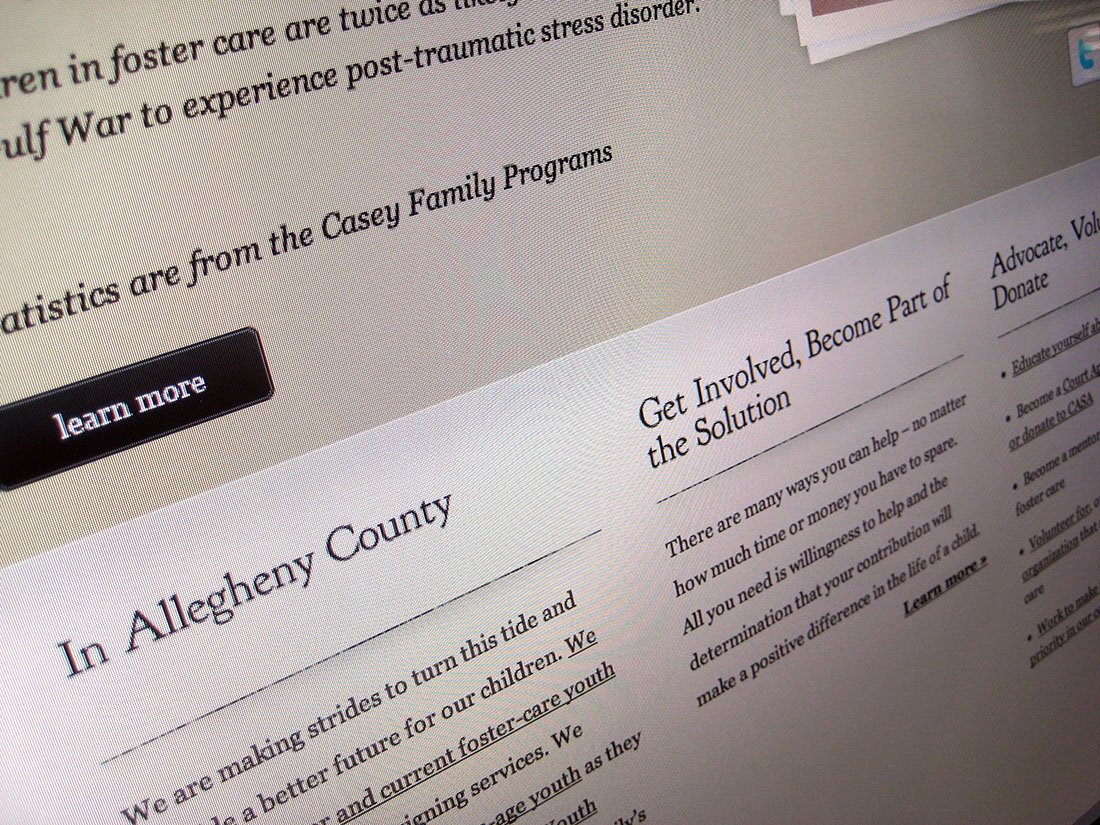 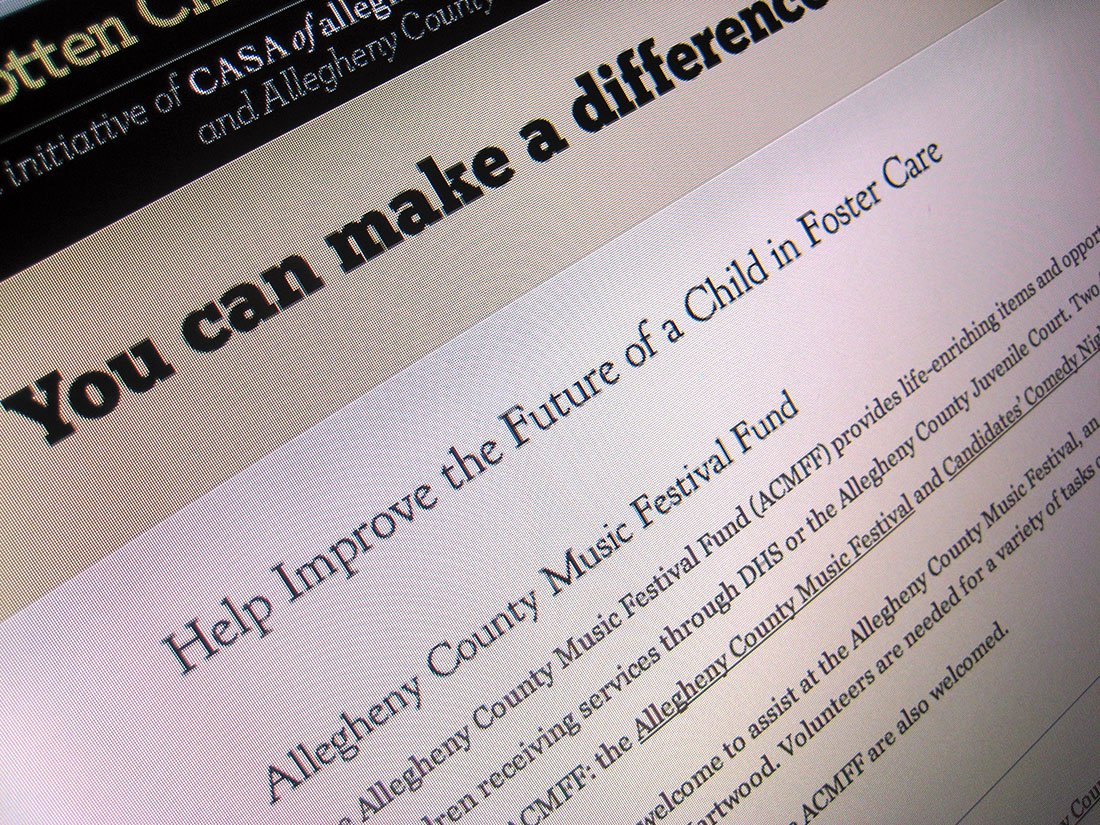 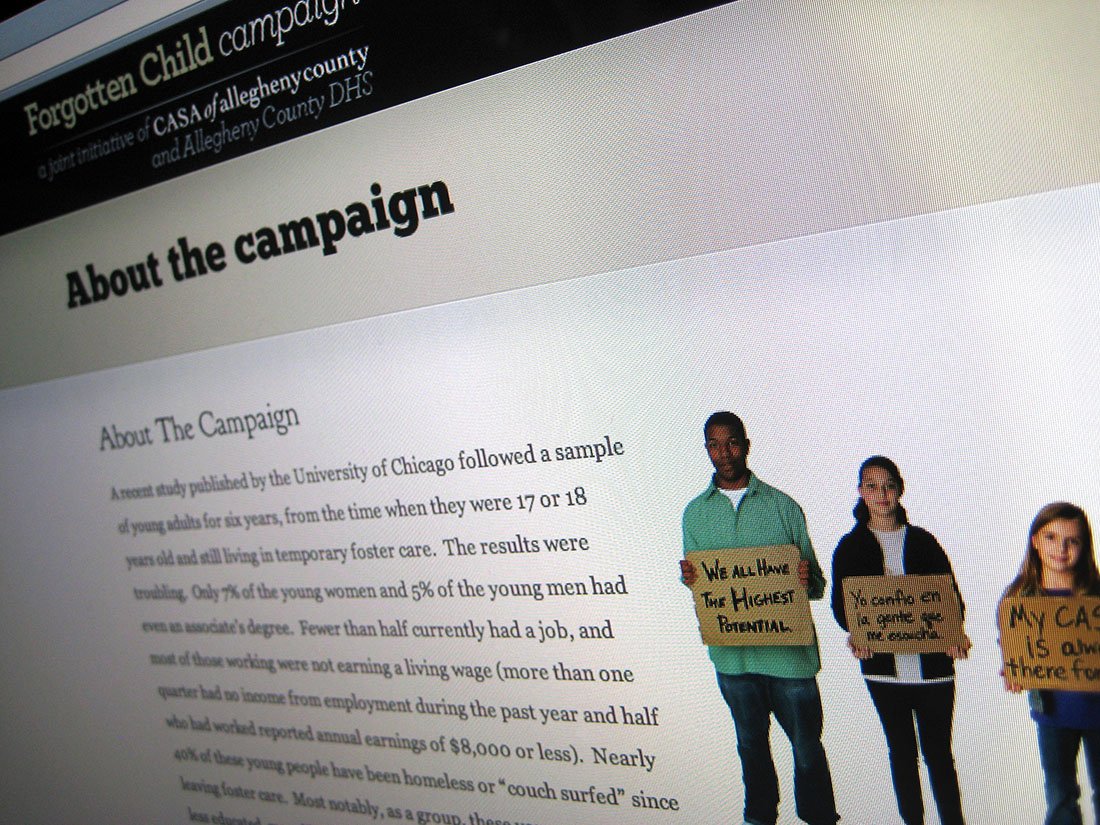 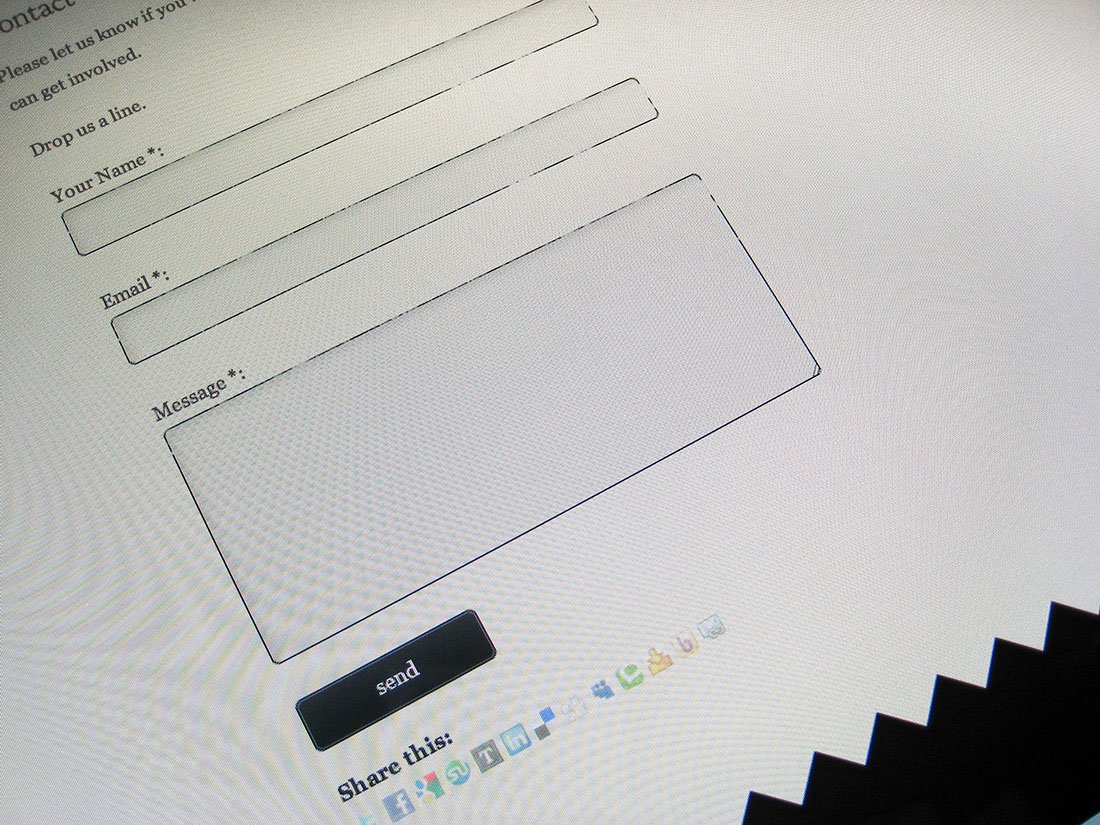